How to navigate the grey areas in real estate

I had breakfast last week with a well-known real estate industry leader who I met in the middle of the crisis, but have not seen for more than five years. 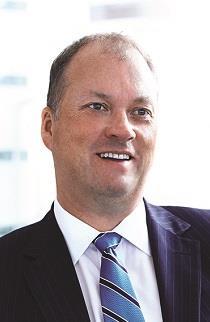 He also comes from North America and, like me, has made London his home. We were comparing notes on the first half of 2015 and the outlook for the second half of the year and beyond. We were both feeling pretty good given all of the challenges anticipated at the beginning of the year, but despite focused and well-articulated strategies, the way ahead was far from clear.

It’s pretty daunting that the people leading organisations are not totally comfortable with the world around them and uncertain about exactly what that means for their businesses. But frankly, I think anyone who tells you otherwise is either a genius, and you should buy (or maybe sell…) their stock, or is kidding themselves. To the outside world it may look like many of us are ‘sleeping like a baby through the night’, but as any parent knows, that means waking up multiple times during the night with long periods of sleeplessness in between.

Perhaps a good way to think is that success today requires the ability to ‘manage through the grey’.

I tell our leadership team that as you take on more responsibility, more things are grey, and the right decisions are not black and white, so don’t expect anyone to give you the answer.

Let’s take a quick look at what has happened year-to-date against what we predicted and consider how to put these into the context of a business plan for the remainder of this year.

In the UK election, who would have thought a Conservative majority was possible? This has been endorsed by the business community as a good thing, but this is not necessarily the case when considering what key policy issues like membership in Europe and a more decentralised national government will actually mean.

Regarding oil prices, just when we were all buying hybrids and energy prices were predicted to be north of $100 per barrel for ever, we see these cut in half in an incredibly short period, with production and capital expenditure cuts dramatically reduced in oil-producing regions.

As for interest rates, most of us probably started the year with a range of assumptions and embarked on business planning and execution strategies within these tolerances. Think we were all having fun at the beginning of the year, with historic-low rates resulting in financings completed well within proformas? All we were reading about was negative rates, until one morning someone on a bond desk somewhere in the world decided to take some money off the table, bringing on one of the most volatile periods in recent years.

The ‘wall of capital’ - how many articles have we read and conferences attended where this was the lead topic? Ask anyone who has been raising capital recently and they will say that although the trend is real, once you’ve raised it you have to invest in a very competitive environment.

Finally, views on technology have changed. Not long ago, ecommerce worries were thought to mean no one needed an office or shopping mall as everything could be done remotely. Last week at the BPF conference, we discussed that even though people do want to work in buildings, a large percentage of the existing inventory is obsolete.

Increasingly, I am spending my non-family, non-day-job time between the BPF Policy Committee and Henley Business School at Reading University. I find it a bit of a relief that people much smarter than me don’t have the answers either but are willing to listen, learn and adapt to our changing world. They are training the next generation of leaders that self-awareness and the ability to manage through the grey are even more important than pure technical or subject matter skills.

I worked with a colleague in Canada who used to say “all this and we also get paid - how good is that!” Enjoy the second half of the year - it will no doubt continue to throw up challenges, but that’s part of the fun.