Despite concerns at the end of last year that the market might have topped, 2015 has started at the same frenetic pace that we saw in 2014. 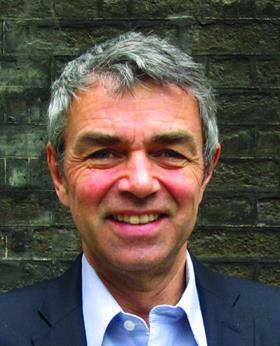 Activity seems to be up in all sectors, and increasingly, all over the country, a strong showing in the regions during the second half of last year is evidence that investors have realised they need to look further afield than London to seek out better value.

A lot of architects have had a hard time over the past few years, but at last they are also experiencing a resurgence. Commissions are up, staff numbers are up and fee income is gradually following suit, even though the landscape is still competitive and margins are tight. The only cloud on their horizon is recruitment, the cruel impact of the downturn resulting in a lot of talent and resource leaving the profession altogether.

You can tell that their fortunes have turned around because the question of success fees has begun to raise its head again (as it always does at this time in the cycle).

The argument goes that it is the designer who creates all the value through achieving a ‘better’ planning permission but only gets paid their standard fee, while the developer sells the site on and makes millions for doing nothing, thus allowing him to rush off and buy another camel hair coat and some more cigars. Why can’t the architect share in some of this bounty, as he is the one who has really added the value?

The answer to that question lies in focusing on the issue of who has really taken the risk? Some developers may well get so lucky that a quick planning permission leads to a well-timed turn and a windfall profit. More often than not, however, that sort of one-off success will be overshadowed by a raft of other projects that take years to promote and get stuck in the local planning process. Or have got through all of those complexities, managed to attract funding, have been built out but hit the market at the wrong moment.

Late last year, Argent sold the last apartment of a scheme that we bought in 2004, got planning permission for in 2006 and completed in 2009. A truly sterling effort by our sales team meant that we consistently achieved sales through the depths of the recession without having to discount too excessively, but we only got back to our target sales values in the final 12 months of sales. Ten years after we started, we have just about broken even and I think that is a great result in the circumstances. The architect, deservedly, got paid a good fee for their work more than five years ago.

So my answer to those architects who would like to share in the upside is that they are very welcome to do so, provided that they share in the downside too.

A typical architect’s fee is approximately 1%-2% of the gross development value of a project - would they like to waive that in return for 1%-2% of the profit and thus risk getting wiped out completely if the project makes a loss?

Achieving a planning permission is, in any case, not necessarily a true value-crystallising event, and nor is the last sale of an apartment or practical completion of a building. On a different project we are working on, all the team (designers, contractors and the developer) agreed that a true success metric could only properly be judged a year after full and prolonged occupation of the space and that we would all share in a bonus together (having all received a proper fee on the way through), at a time when the efficacy of the building could be truly calculated and independently franked.

I believe that this is a much better test of the real value of design - not just that a scheme has achieved some arbitrary number set by a planning process, but that it can deliver, through teamworking in the furnace of the detailed delivery process, a result that meets both the aspirations and the needs of the occupier. Then, I think we can all raise a glass and share the rewards.