You don’t need reminding that we’re less than a year from exiting the EU.

Find out more - ARTICLE 50: EXPERTS’ VIEWS A YEAR ON

Given the complexity of this process, the focus to date has largely been on the macro issues, not least the scope and form of our future trading relationship with the EU and the rest of the world.

Where specifics have been discussed, the issue that has gained most attention within property are permits for overseas workers. There are real fears over capacity being sucked out of the construction industry. The CITB estimate that about 13% of the workforce originates from overseas doesn’t reveal the depth of dependence on skills from abroad, certainly within housebuilding.

Yet there’s another area that has received scant attention but has a profound impact on the property industry and beyond: that of procurement. It sounds dull but the acronym ‘OJEU’ can deeply exercise people in the industry. According to estimates by the House of Commons Library, procurement rules annually affect about £200bn of goods and services. That’s well beyond our industry but given the value of contracts, especially around land and regeneration, a fair chunk relates to it.

How has something so big received so little attention? That it has been largely ignored is even more striking given the increased scrutiny of public-private partnerships. There’s plenty of politics in this, but the growth in social accountability and pressure to build trust with communities is likely to continue.

So what are the issues with procurement? Many in the private sector would cite high costs associated with tendering and lengthy timescales. Those in the public sector would equally baulk at the cost and the challenge of balancing ‘best value’ with other considerations. It’s surely worth reviewing a system when both sides express similar frustrations. 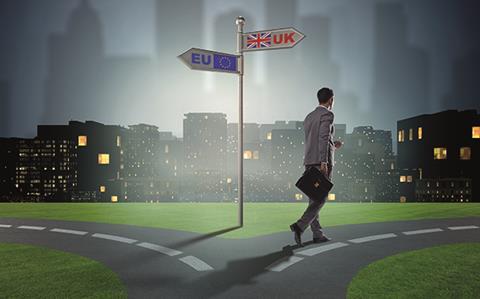 While data specific to the property industry is hard to come by, analysis of general procurement concerns ring true for it.

For instance, the Centre for Economics and Business Research discovered that procurement processes (not only property related) were higher in the UK than in every other EU member state. Further, the decision to bring housing associations within the scope of procurement rules will cost the equivalent of 9,000 homes a year, according to the National Housing Federation.

There are ways of addressing these challenges, not least through the use of framework panels. These panels create considerable efficiencies, although some SMEs and new entrants would say they favour more established companies.

So what will change with Brexit? To date, there’s been little discussion of procurement rules, although my former boss Boris Johnson, now foreign secretary, noted in a recent speech that Brexit could be an opportunity to simplify procurement.

For those who want reform, the first thing is to accept we need a robust and transparent framework for procurement. There has to be a framework that creates confidence for investment. And whatever that framework does, it realistically has to conform to the World Trade Organization, which has its own procurement rules.

There is scope for major reform but even if the future regulatory environment were to look not dissimilar to the existing one, it doesn’t mean the way we operate couldn’t change. Government guidance could be improved. More focus could be put on place as well as price. New entrants and innovation could be encouraged.

The prize is worth pursuing. The government’s industrial strategy sets an ambitious plan to transform the British economy in light of Brexit. It’s no exaggeration to say that looking at procurement rules inherited from the EU could be a significant part of that mission.

Richard Blakeway is a former deputy mayor of London