Innovation and devolution: cause or effect?

In the last year, devolution has gone from a niche concern to a national issue of huge significance for the property sector. 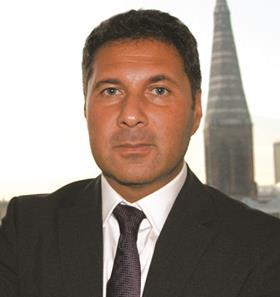 In the last year, devolution has gone from a niche concern to a national issue of huge significance for the property sector.

There is a real and growing sense of excitement about the opportunities the changes could deliver.

What is more, the excitement is being matched by concrete action. Planning departments around the country have helped develop devolution bids. The British Property Federation (BPF) conducted its very informative roadshow, bringing out not only the common themes affecting all of the UK’s key cities but also how Leeds, Liverpool, Bristol, Newcastle, Birmingham and Manchester are looking to differentiate themselves. The RICS has also been lobbying hard behind the scenes.

At Lambert Smith Hampton, we have also been looking to do our bit. It is now two weeks until the deadline of the £15,000 LSH Enterprise Award, which poses the following brief:

“The new government will deliver further devolution throughout the UK, aiming to empower local communities to drive growth, job creation and regeneration. How can innovative thinking from the property industry help make devolved government a success?”

We hoped to encourage creative thinking from across our industry about the opportunity represented by devolution. And it is really exciting to see the responses so far.

For example, one of the biggest issues affecting housing delivery, particularly in our cities, is whether to permit building on the green belt. It is a debate that frequently divides local communities. Yet an entry from a leading progressive charity has suggested working with the grain of devolution to solve the problem, creating green built community trusts to ensure local people are empowered to make decisions within their local areas.

Another key issue is how devolved powers and funding could facilitate economic development. Another submission argues that greater local control and accountability could support the creation of new industrial and manufacturing clusters, driving regeneration through a focus on developing high-skilled employment. I could go on; the diversity and strength of the entries thus far shows the scale of the opportunity.

The award will be judged by some of the property industry’s leading figures. Tom Bloxham MBE has developed Urban Splash into one of the most innovative developers in the country. Sir Eddie Lister has been instrumental in shaping London into its current position in the top ranks of the world’s most dynamic and enterprising cities. Waheed Nazir is widely credited for helping drive Birmingham’s resurgence, and Melanie Leech has had a major impact in a short time since taking over as chief executive officer of the BPF. We are delighted that Property Week is the media partner for the LSH Enterprise Award and that Liz Hamson will complete a very distinguished judging panel.

Devolved powers and budgets hold the promise of catalysing innovation in so many areas. How could local control of property taxation boost regeneration? How can councils’ new powers drive revenue to support infrastructure development? Could greater budgetary control increase housing development? How can a smart approach to property and skills drive economic development? The successful transfer of control away from Whitehall has the potential to boost our communities, drive productivity growth and deliver prosperity across the UK.

We hope to highlight the huge role that the property industry will need to play if the promise of devolution is to be fully realised. We do hope you will consider entering, either as an individual, a firm or a wider consortium, before the 30 September deadline.