The commercial market experienced strong transaction volumes last year against what remains a generally benign economic environment, but it has not been hard to detect a growing sense of caution in recent months. 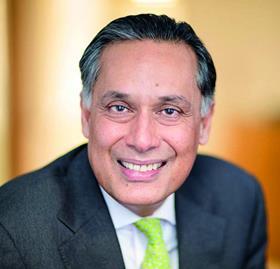 In some ways, we have seen the archetypal signs of a frothy market. For instance, there have been several cases of non-traditional investors with a limited track record acquiring commercial assets, which is often a sign of an overheated market. But the market appears to have reacted quickly, adopting a more circumspect approach. Softer pricing is the principal feature, and there has been a growing tendency for purchasers to chip the price prior to completion.

Against this backdrop, it wasn’t surprising to see George Osborne forewarning of the UK economy’s fragility just one week into 2016. The potential impact of rising interest rates has been well documented and at times overstated, given that only incremental increases are expected. The volatility in China and its corresponding slowdown is a more pressing concern.

Chinese investors have been particularly active in recent years. Indeed, the most recent figures from the American Enterprise Institute show that real estate is the sector to which China is most heavily exposed in the UK, with investments totalling more than $9bn.

The slump in commodity prices is now well established and, as a result, its implications for UK real estate are more keenly felt. Towards the end of last year, the Abu Dhabi Investment Authority (ADIA) closed down its London office after more than 20 years. This was despite the fact that ADIA owns stakes in the operators of Gatwick airport, Thames Water, Angel Trains and a string of London hotels. However, the news came on the back of an active year for Qatari, Emirati and Kuwaiti investors.

The alternative perspective is that UK property offers global investors the stability and security of income not currently to be found in other asset classes, or indeed encouraged by the political and economic uncertainty in the Middle East.

These are interesting times for the UK, but one factor that we do not see as a cause for concern is Brexit, at least for now. The debate and referendum on EU membership could be held as early as June; however, while Brexit would clearly be a momentous political decision, investors have not been raising it as a concern with us and they generally remain positive on the sector’s long-term outlook. Indeed, Clearbell is continuing to see strong investor appetite on a global basis and we are anticipating an active real estate market in 2016. Occupational markets will maintain momentum and this will play well for investors following income-biased strategies.

There will continue to be opportunities for investors who know where to find them, and we believe the regions outside London look particularly well placed. Although the recovery was London-led, local economies are now steadily growing, which augurs well for rental growth over the medium term. There are also some exciting underlying changes to economic behaviour that investors can seek to leverage, such as the rapid growth in ecommerce. Colliers recently estimated that €20bn (£15bn) of investment in industrial property would be required to support an increase of one-fifth in ecommerce sales.

There is no doubt that macro factors have been creating uncertainty in the market and causing some investors to pause for breath. But we believe there will be plenty of opportunities this year for careful investors who have the knowledge and expertise to identify high-potential assets throughout the UK.