“Is Compass a money-blowing residential version of WeWork?”

Last week, WeWork backer SoftBank pumped $400m into Compass, a high-end US residential property site absurdly valued at $4.4bn. Some of that cash may well be splashed in London. 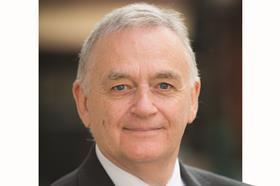 Who with? Who knows? Five-year-young Compass has cleared $34bn in home sales so far this year and is on track to make $1bn in revenue, says geek Website TechCrunch. No profit of course. Like WeWork, these are supposed to magically appear after opposition is vanquished.

Compass claims to be the biggest independent brokerage in California. Co-founder Ori Allon says: “Our vision is for Compass to be everywhere, and we are excited to expand internationally in 2019.”

A money-blowing residential version of WeWork? Maybe. But take a turn round the website and be afraid – it makes Purplebricks look like Gumtree and Rightmove like Argos. Compass may end up in a death spiral, but software this sophisticated can’t be uninvented.

“We are continuing to build an end-to-end technology platform that services agents and their clients through every step of the real estate journey,” Allon says. Meaning a ‘kiss, marry, (try to) kill’ item is on the agenda for the stray cat members of CLEA, the Central London Estate Agents organisation.

There isn’t that much cream in the London high-end resi bowl. Most is quietly and efficiently licked up by Knight Frank and Savills. Few clients of either will want to expose themselves on an upmarket version of Purplebricks.

What should attract SoftBank’s boss, Japanese zillionaire Masayoshi Son, is where the real money lies in the UK residential sector: the listing sites. Rightmove has made £553m profit on £962m turnover since 2013 – margins that put the site in ever-present danger from disruptive rivals. 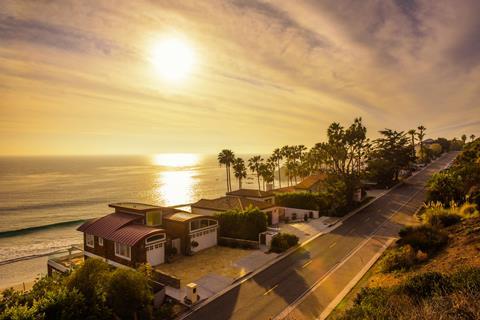 This summer, Primelocation owner Zoopla was sold for £2.2bn by the Daily Mail Group to US private equity group Silver Lake, based in California. There is presumably a five-year plan to cash out.

Then there is OnTheMarket, a tempting loss-making sprat, with a good-but-not-great website set up by agents and part-floated in January, raising £30m to spend on marketing, which has doubled web viewings. A SoftBank infusion of a few hundred million in loose change injected through the Compass needle would scare Rightmove into lowering its charges, if nothing else.

Smell the coffee in Colombia

Try not to worry. Long-time Westminster councillor Danny Chalkley is a good person, not a bad person. The dapper 46-year-old saw the good not the bad in Colombia while doing good work for a children’s charity. The ex-Farebrother chartered surveyor also saw that demand from a fast-expanding middle class was pushing up prices.

The working-class Tory – “I was brought up in a London council block” – has put together a 16-page proposal seeking an initial £5m for his Emerald Fund, which promises returns of 10% per year.

Still a bit worried? Can I recommend another 16-page document? Try ‘Housing Finance and Real Estate Markets in Colombia’, published by the International Monetary Fund last year. I got lost eight symbols into an algebraic ‘VAR regression model’ as long as your arm.

The IMF concludes: “House prices do not seem to be largely above levels justified by economic fundamentals.” Clearly thumbs up for a punt with Danny.

The RICS is a paper tiger when facing up to sulky agents and recalcitrant property companies that refuse to abide by rules drawn up to protect the profession, a fact quietly understood, but now under some strain.

One big agent has refused to adopt the International Property Measurement Standards published in January. The IPMS method can throw up different net internal areas – so impacting rents and capital values. “We are not changing all our ruddy computer systems just for a few square feet,” was the reaction.

One sulky propco is refusing to adopt a new rule book on service charges, which comes into force next April. Rules designed to ‘improve general standards and promote best practice, uniformity, fairness and transparency’.

Transparency? We can’t have that! Whatever next? ‘Name and shame the rule breakers?’ Don’t be daft. The threat of not paying employees’ RICS dues hangs like a noose in the air.