Much of the commentary concerning the latest release of Savills’ Financing Property presentation has centred on increasing competition in the UK lending market. 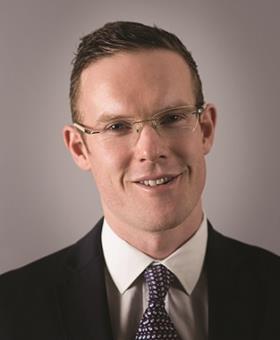 In 2013, the report named 52 new entrants to the market; in 2014 another 52; and in 2015 another 46 - meaning in three years alone, some 150 organisations have begun to offer the provision of credit to the UK real estate markets. Coupled with the estimated 75 pre-June 2013 market participants, that makes a total of 225 active lenders all vying to deploy capital. There is, it seems, a rapidly rising supply of debt to the market.

In May, we saw the release of the De Montfort University UK Commercial Property Lending Report for the year ended 2014. The report highlighted a 51% increase in 2014 in the volume of new loan origination compared with 2013.Absolute levels of new lending hit £45.2bn - the highest since 2008’s volumes of £49.8bn.

By all accounts, the first half of 2015 was busy, so one would expect the mid-year De Montfort survey to reinforce this upwards trend in new volumes. The report also confirmed a fall in pricing. Margins for loans against secondary office assets fell by 15% from 2013 to 2014. It would appear that the spike in supply is forcing lenders to take on more risk at lower returns.

So does this signify a return to excessive pre-crunch lending practices? That would be overstating it. Competition should not be confused with a market operating in an unhinged manner. Competition, in and of itself, is an essential component of the orderly operation of a free market. Likewise, competition cannot be directly correlated with irresponsible lending decisions.

The supply side of the story needs putting into context with demand and demand for borrowing increasing as the transactional market has improved. DTZ’s Money into Property 2014 reported a 26% increase in European transaction volumes in 2014 against 2013, with global figures close to 2006 levels. There is, it seems, plenty of market for the 225 lenders to share.

Annual origination volumes of £45.2bn in 2014 are still way off the 2007 peak of £83.9bn. As William Newsom of Savills pointed out, it is hard to claim this is a “hot” market in a historical context. Furthermore, the £84bn lent to the market in 2007 was provided by a smaller group of lenders, meaning more risk was concentrated on fewer balance sheets. Today’s market looks healthier with a more granular distribution of risk across a wider array of creditors. Many of the new market participants are non-bank lenders who will each have their own particular funding models. This in turn helps mitigate systemic risk. Lenders are acutely aware of the hazards of being overly reliant on short-dated wholesale funding to acquire long-dated, relatively illiquid assets.

The De Montfort report also finds that lenders are more risk averse, particularly in the senior debt space. The loan-to-value ratios senior lenders are willing to offer still remain well below pre-2008 peaks. The average maximum offered against a prime office property was 66% in 2014, whereas pre-2008, this ratio was consistently over 75%. For secondary office assets (for example, where there is greater perceived risk), the average LTV lenders were willing to offer was 62% in 2014, again, materially lower than pre-2008 when ratios were regularly in excess of 70%.

It may be too early to say whether the lessons of the last downturn have stayed with UK real estate lenders and for the time being the market bears only modest resemblance to that of pre-2008. It will be interesting to see whether the high transaction volumes of early 2015 will continue. While this should be the busier of the two, there are whisperings that sales volumes are beginning to slow.