Foreign Exchange: It is essential we continue to help industry grow and thrive in these uncertain times

After three years and a dozen articles, I have decided it is time to take a break from my regular column in Property Week. 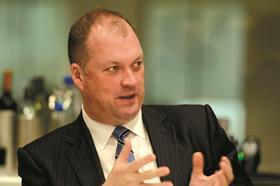 I have thoroughly enjoyed the freedom Liz has given me to write pretty much whatever is on my mind with little editorial control other than to shorten my sometimes-rambling thoughts.

The purpose of this column has been to share a view based on my global experience and, as the title implies, offer a ‘foreign exchange’ of ideas and perspectives on various topics that have been facing Oxford Properties and our industry over the last several years. Not all of you have always agreed with what I have said.

Going back through some of the articles, topics have ranged from portfolio strategy and leadership to new markets including my current focus on the Asia-Pacific region. I have talked about multiple asset classes, secular trends and what we are doing at Oxford to respond to the rapidly changing industry we work in.

It has been hard not to be drawn into politics: first, the Scottish independence referendum and its parallels to the near miss Canada experienced with Quebec, and then, just when we thought it was safe to go outside, the horror of the Brexit vote and political circus that we have been witnessing (and I fear the worst is yet to come).

I could never have imagined when I was asked to join the BPF presidential team three years ago that when my turn came to become president it would be consumed by trying to lead engagement with anyone who would listen, explaining that this might not be the best idea and we should be very careful.

Trying to look forward and offer ideas and potential solutions, I decided to make the focus of my presidential year ‘Diversity and Inclusion’.

I believe one of the things at the root cause of the Brexit vote is that the UK is an incredibly diverse country and that we have failed to embrace that and figure out a way to share prosperity and be a more inclusive society.

Just as Canadian prime minister Justin Trudeau campaigned under the slogan ‘Diversity is our Strength’, I believe that the real estate sector is incredibly well placed as a partner with national government given that we touch everywhere the nation works, lives and plays. But first we must look in the mirror and get our own house in order.

We have tried to do that this year by morphing our Brexit manifesto into a sector deal alongside others that have been implemented in the financial, biotech and manufacturing sectors.

Our focus on the five key areas of ‘economy’, ‘skills’, ‘infrastructure’, ‘housing’ and ‘getting regulations right’ has resonated with our departmental contacts at DIT, HMRC and MHCLG who like our approach and are doing everything possible to try and embrace them. 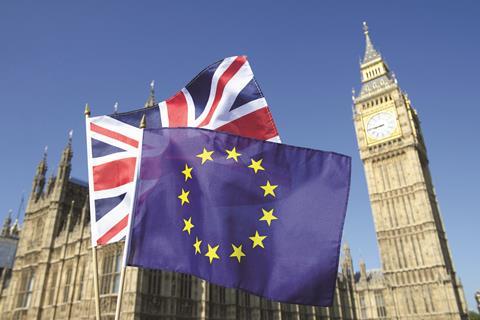 By contrast, at a political level, we hear the former Brexit secretary saying we need to put prosperity ahead of politics and then doing exactly the opposite. The result, sadly, is that it does not look like adoption of the real estate industrial sector deal will happen during my time as BPF president.

If you had told me three years ago when I was asked to join the BPF presidential team as the ‘first non–British president’ to try and bring a global perspective and talk about how great the UK is and why it was the number-one market for Oxford – and today be staring down global geopolitical uncertainty and the UK on the verge of exiting the EU with no plan – I would have said you were nuts.

”My family has been in the UK for 10 years this year, we are UK citizens, we are ‘all in”

The need for the work of the BPF has never been greater. It is important that we do what it says on the tin: ‘Help the UK real estate industry grow and thrive’. It is up to us to try and save the country from ourselves and ‘stay in the game’, to care, be fully engaged and be ‘the voice of the UK real estate industry’ – that is what the BPF has tried to do over the past year and it has been an honour to be president.

Despite the current environment and dispositions and moving capital out of the UK to Europe and the Asia-Pacific, Oxford has announced a beds-and-sheds investment of some £500m over the next five years in the UK based on what we believe are strong fundamentals in those sectors despite the Brexit backdrop.

We are also working closely with capital partners from around the world who are invested with us here in the UK and have a long-term positive view that we share. My family has been in the UK for 10 years this year, we are UK citizens, we are ‘all in’, we all love this country and we are proud to call it our adopted new home. Long may that continue.

Paul Brundage is executive vice-president, senior managing director – Europe & Asia Pacific for Oxford Properties and has just completed his term as president of the BPF