In 1992, John Major asked me to join the Department for Transport and look after London. 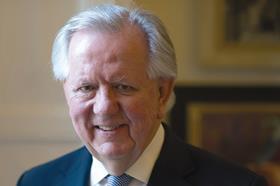 He’d recognised that Thatcher had been right to abolish the GLC, which had more policy on Nicaragua and Northern Ireland than on housing in Hackney, but her big mistake had been not to put something in its place.

For five years I struggled to get budget out of the Treasury. We got the Jubilee line extension to Stratford, but the mandarins refused to budge on Crossrail. It would be 25 years before that scheme opened.

Frankly, London wasn’t a great city. We went to Paris to see how RATP ran the Metro. There was no energy in the UK capital, the boroughs didn’t talk to each other and the city was grim and unloved.

Two people – neither of whom are flavour of the year, never mind the month – changed all that. Tony Blair saw the need for a slim, overarching body that would deal with the big strategic issues in London – transport, crime and jobs. He proposed a mayor and assembly and made it happen.

Ken Livingstone had been the leader of the GLC so the omens weren’t good, but he was transformed as mayor. He worked hard to get money out of the Treasury and it was he who first took the idea of the Olympics to the then culture secretary, the much-missed Tessa Jowell. 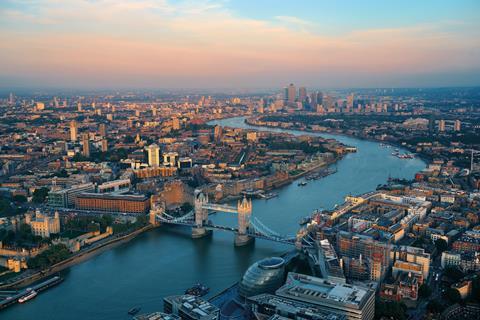 “London is currently the ‘World’s Best City’ but it isn’t a title you keep forever. Ask Athens, Rome, New York and Tokyo”

Blair was in his pomp and Cool Britannia was actually in many ways Cool London. Big projects changed the landscape. Docklands went from back office to big HQ. The tube became much more reliable and marginally less unpleasant. Buses had dedicated lanes, which cut journey times. Crime fell. Suddenly we were the world’s most popular city.

And so it has been for the past dozen or so years. We have ridden a big wave in the capital and many people have done very well out of it. The über-wealthy arrived in force, house prices soared and tourists flocked in.

“I fear this may well be quite simply Peak London”

But all that seems to be changing. Violent crime – the kind that frightens visitors and ordinary Londoners alike – is on the rise. House prices have stalled. Brexit, whatever its merits, has paused not all but some investment. The city still doesn’t build anything like enough homes. Too many people are being priced out and the travel-to-work area is a 100-mile radius where it doesn’t hit the sea.

Sadly, neither of Livingstone’s successors seem to be as interested in the city as they are in taking over their political party. Boris Johnson is showing the world the lack of attention to detail and habit of making it up as he goes along that was obvious during his time as mayor.

Sadiq Khan, the current incumbent, has run Transport for London dry by committing to an electorally popular but practically idiotic fares freeze. He has lost his best people and those left are trying to do two jobs at once. He lazily blames the government for the rise in crime rather than tackling it himself. He is almost invisible unless there’s a celebrity to have a selfie with.

This all might sound like sour grapes for I was twice a candidate for the job myself. But anyone who really cares about the health of our capital has to remember that many cities around the world were once the greatest. World’s Best City isn’t a title you keep forever. Ask Athens, Rome, New York and Tokyo. We either work hard at keeping the title or it will slip away and not return in our lifetimes.

I fear this may well be quite simply Peak London.