Last December, CBRE considered the initial effect of falling oil prices on general economic growth and, as a consequence, the UK property industry. 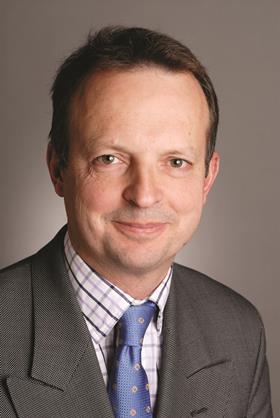 At first glance things seem positive. Parallels could be drawn to 1986, when a fall in prices supported growth in the economy, leading to a boom in real estate, driven in part by a buoyant occupier market and credit expansion. However, the slide in prices may have other implications for investors.

Low oil prices will reinforce the low or indeed negative inflation rates. It will also support the ‘lower for longer’ anthem for interest rates. This should make property investment, with it’s relatively high cash flows, even more attractive. However, production costs in the oil industry will invariably be a motivating factor on cash flows for investment purposes.

As crude prices fall to sub-$50 per barrel, the general cost of production for North American shale, at around $65, will have a significant impact on production and the revenues of North American funds reliant on that for their income streams. North American investors, which were particularly active in the central London market in 2014 (the largest single sector, contributing 27% to overall total investment from the overseas market in 2014, compared with only 8% in 2013), may reconsider their exposure. The US’s drive for energy independence now looks like a more costly policy.

At the other end of the scale, the Middle Eastern costs of production, at sub-$20, still allow for significant headroom to fund alternative investments. Using the analogy of the oil tanker, it is unlikely that falling oil prices will stop, or even slow, investments and allocations from sovereign wealth or similar funds — they take a while to manoeuvre on those sorts of decisions.

A case closer to home is part of Norway’s government pension fund, managed by Norges. Stated cost of production of Statoil is around $40 per barrel in the North Sea and significantly higher in the Arctic. Norges has a target allocation for real estate of 5% (currently standing at around 1.5%). In all likelihood, Norges has sufficient funds to continue its acquisitions without having to row back on current plans. It’s likely to take several years to achieve a 5% allocation, a timescale that allows for the general recovery of oil prices. And while prices continue to fall, the forward curve estimation indicates that it will drift back to between $90-$100 by 2020 (the International Energy Agency recently announced that it expects the oil price to slide until the end of this year).

So what does this all mean? Yes, broadly speaking, the UK property market should benefit from the fall in oil prices. In relation to investment, some oil-backed investors may begin to tread more carefully.

Will this affect the robust London market? Unlikely immediately, but we may see a decline in investment from a few in certain markets.

Who is most likely to suffer? Clearly investors backed by oil revenues with multi-billion dollar investments in expensive oil shale or Arctic fields — they will certainly be feeling the squeeze, which will trickle down to their investment funds in due course.