In December 2018, London’s West End will welcome the launch of one of the biggest and most exciting construction projects in Europe, the £14.8bn Elizabeth line. 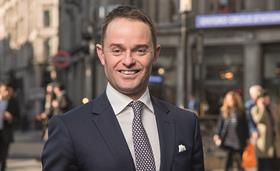 This is a major moment. Upon completion, the new railway will deliver the largest increase in central London rail capacity for 70 years, bringing millions of additional visitors to the West End through the key stations of Bond Street and Tottenham Court Road.

Already one of the world’s top shopping, leisure and commercial centres, with more than 200 million visits a year and more than £9bn in annual retail sales, the West End is set to benefit from an unprecedented increase in visitors. It’s a once-in-a-generation opportunity that is already spurring significant investment in the district.

The most visible impact of the Elizabeth line will be the huge rise in footfall, as more people are given easier access to the shops and leisure facilities in the area. As the representative of more than 600 businesses in the West End, New West End Company’s top priority is their growth and the success of the area as a whole. That’s why we – along with our partners Heart of London Business Alliance and The Fitzrovia Partnership – have commissioned engineering consultancy Arup to quantify the predicted impact of the new rail service on the district.

Despite the current tough commercial environment, the West End is still growing and last year 65 new stores opened their doors here. This research unlocks the lucrative opportunities as well as the areas of risk the Elizabeth line will bring, helping to map out a defined investment strategy for existing businesses and investors looking to London’s retail and cultural heartland for new growth. 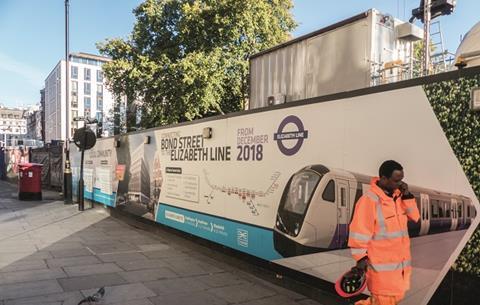 Our report, ‘Elizabeth line readiness’, predicts that station entries and exits will increase by 55% to 799,000 a day – equal to 255 million a year – by 2031. These additional visitors are expected to generate a significant increase in turnover in the West End to more than £13bn as soon as 2021. Combined with the ongoing momentum of the wider transformational project over the following years, this will help to invigorate continued private investment in the surrounding area.

The challenge is ensuring the area is ready for this increase. Many improvements have already been made, with more due shortly. The public realm transformation of Bond Street and the refurbishment of the station are excellent examples.

We work in partnership with local government and private groups to ensure these projects keep moving forward. The most crucial is the transformation of the Oxford Street district, which has been backed by the mayor of London.

Following two consultations launched by Transport for London and Westminster City Council, we anticipate the first stage of a traffic-free Oxford Street will be completed in time for the opening of the Elizabeth line, reducing vehicle numbers and improving air quality for visitors, employees and residents alike.

There is a lot of work to be done – but the potential benefits are huge. Working together to make the most of this unique opportunity, we can ensure the future competitiveness of the world’s top retail and leisure district is secured against global rivals, so it can continue to play a key role in supporting London’s £15bn visitor economy.