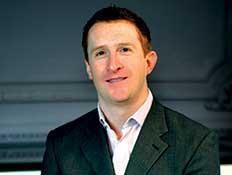 More than 250,000 people work in the Technology, Media and Telecommunications (TMT) sector, and, according to Savills, that is set to rise to 300,000 by 2016. So it is no surprise that many commercial landlords are turning to tech companies such as Google and Skype for inspiration when it comes to workplace design and property requirements in London. These are the companies helping to drive demand for central London office space, after all, and they are playing an increasingly important role in helping landlords attract other TMT businesses to the capital.

Over the past few years, a large number of technology start-ups and established global names have been competing for hot office space in London’s popular Silicon Roundabout (pictured) and pockets of East London that were traditionally undervalued. As these fast-growth companies look to drive innovation and expansion, the demands on office space are evolving - with original warehouse and campus-style workspaces sought, rather than the more traditional, high-rise glass-clad HQs.

The design of the workplaces these tech companies inhabit reflects this evolution too, with its emphasis on stimulating, statement interiors that express a company’s culture and identity as well as facilitate creativity and innovation.

With these businesses in a constant battle over talent attraction, the workplace has become a differentiator in attracting the best. To help with the recruitment and retention of the right kind of forward-thinking employees, we are facing a ‘youthification’ of office space.

There has been a shift towards aligning the workplace with employees’ personal and social lives, integrating extracurricular facilities and activities in the environment, so that millennials are encouraged to feel part of an office community, particularly when today’s work demands rarely fit the 9-5 regime. This often means providing creative and informal areas where staff can work, have meetings, socialise, share knowledge and spend time away from their desks to think.

In some of our recent projects with tech companies, flexible, social and collaborative areas have accounted for nearly half of their floor space. At Box, an online file-sharing and cloud-based content-management service, we designed meeting spaces to encourage collaboration and stimulate employees, with bright meeting pods including a re-appropriated London taxi. We also designed a striking industrial breakout area where employees can enjoy catered lunches, banquet style seating and table tennis, as well as have larger team meetings.

For other clients, we have created multi-functional brainstorming hot house and blue sky rooms, designed to inspire free thinking and creativity; think tank lounges for relaxing and informal meetings; stand-up technology bars to provide employees with a different way of working, and games rooms complete with a pool table and games consoles to help staff unwind. There is also now far less emphasis on personal workstations, Generation Y has grown up with technology at their fingertips and don’t have this division between work and home. Supported by a robust backbone of cutting-edge technology, employees are able to use their own devices and other technology in the workplace to work as seamlessly as they would at home, in a coffee shop or on the train. This can do great things for an employee’s morale, as well as boosting their performance and efficiency.

This begs the question: should the word ‘office’ be redefined? It is now no longer about the same kind of cellular interaction in a formal, hierarchical space that it was 20 years ago.

The right type of office design can not only do great things for a culture and help keep staff engaged and motivated, it can also help the creative process take place. It is hugely important to have a working environment where intellectual cross-fertilisation can happen; this can lead to leaps forward in innovation. This positive effect of increased productivity and collaboration on profitability is now driving further informality in the workplace in other business sectors.

The fast-paced growth of TMT firms mean they want shorter, more flexible leases. According to the British Council for Offices’s latest report, the average lease length for a TMT organisation requiring less than 5,000 feet in the UK is 5.6 years, compared with nine across the economy. Landlords are waking up to that, and appreciate the flexibility required.

Landlords are also starting to wise up to the power of the TMT sector. According to CBRE, tech companies now account for around 35% of the total market. And in the 12 months to the end of June 2014, the TMT sector absorbed nearly a third of all available property in central London, up from 14% in 2001, according to figures from Knight Frank. The sector’s share of the central London leasing market tripled between 2006 and 2012.

The next decade will be interesting, as this ‘new sector on the block’ becomes the establishment. But as Generation Y employees head into their 30s, I can see a decentralisation of this sector; and with lifestyle changes moving people out of central London, firms and landlords will have to accommodate this in different ways if they are to stay ahead of the pack.