Lurch to left would be a calamity

George Monbiot, Stowe- and Oxford-educated environmental and political activist and Guardian columnist, is clearly a very clever chap, but he is as scary as he is smart. 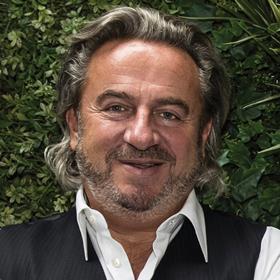 For a major bout of indigestion, I suggest you read his June 2019 report commissioned by the Labour Party – Land for the Many: Changing the way our fundamental asset is used, owned and governed – which seeks to discourage land and housing being used as financial assets and aims to bring an end to house price inflation.

Through various far-reaching proposals, it sets out a framework for what would be the most radical changes to the property markets in my lifetime.

By way of example, second homes would require planning consent, renewable every five years with no allowances for current use with the objective of putting existing property into local occupation.

I assume if an owner fails to get permission, the property will have to be sold as renting it out isn’t much good to them as a second home.

For worthiness, Mr Monbiot scores highly. In terms of practicalities and impact, he is financially illiterate and misguided

So who is going to buy it? The locals, of course, assuming they can afford to; or if they can’t, perhaps prices will eventually drop so low a bank will lend them the purchase money? Sadly, that might not work either because the report imposes the need for the Bank of England to dramatically reduce home lending to ensure house price ‘stability’.

For worthiness, Mr Monbiot scores highly. In terms of practicalities and impact, he is financially illiterate and misguided.

The report advocates scrapping council taxes and allowing the state to determine national tax levels. Anyone living in a financially well-run local authority should therefore be braced for a massive tax hike. How will that affect house prices, and does he care? Lower is presumably better. Efficient local authorities will be replaced by the state machine so all will be well.

In another initiative, the report claims the buy-to-let ‘frenzy’ can be curtailed with open-ended tenancies, security of tenure and rent controls on all residential and agricultural property.

I must question if the author has any concept of the calamitous distortions implementing these ideas could have on the wider marketplace without ever achieving the goal of providing more low-cost housing and possibly doing exactly the opposite. 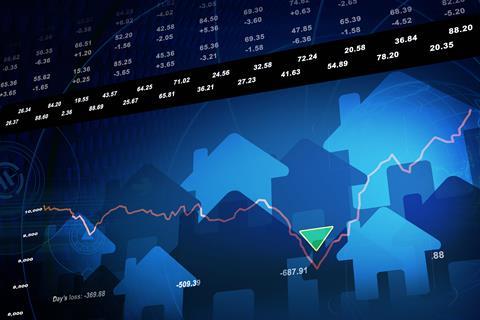 Each of the many proposals is as depressing as the last, not for intent but for the practicalities, which are lost in a market-blind ideology.

Karl Marx demonstrated how the relative profitability of investment in agriculture is affected by the productivity, fertility and location of farmland but rent in excess of the product of labour is exploitation of the worker.

Marx ultimately believed that land in private ownership must be taxed to redistribute the ‘excess’.

The Kulaks of early-1900s Russia, one-time peasants who through endeavour became wealthy (that definition then literally meant five cows and five acres of land more than their neighbours, not dissimilar to John McDonnell’s assertion that if you earn more than £70,000 a year you are rich!), were more or less wiped out by the Bolsheviks under the ‘dekulakisation’ policy introduced by Stalin. Lenin called them “blood suckers, profiteers and vampire enemies of the people”. We might call them entrepreneurial.

The proletariat and the peasants were liberated and some 15 million Kulaks were dispossessed, killed or deported in pursuit of this policy.

Jeremy Corbyn has supported Venezuela’s approach to land and its ownership and with his Momentum colleagues will be salivating over ‘land for the many’, even as Venezuela crumbles economically, with hyperinflation, violence and terrible poverty.

What is it that this ultra-left opposition party can’t see that history has so clearly taught us?

I do believe capitalism has failed in part but will fix itself as we learn from its mistakes but, combined with a genuine democracy, I cannot think of any better alternative. Rewarding hard work, risk and wealth creation for society should be encouraged, not the opposite.

We had better ensure Corbyn and his crew never get the keys to No.10 or as an industry we are ALL in serious trouble

To impose the notion that the state alone must control property and all value creation is to disregard the lessons of history, where that system has failed repeatedly, creating misery, pain, poverty and, of course, corruption.

‘Land for the many’ concepts haven’t been adopted by the Labour Party yet. It isn’t a risky bet, however, that some of them will be.

For a property industry (contemporary Kulaks in their eyes) presenting the lowest-hanging, attackable fruit, with few friends politically, we had better ensure Corbyn and his crew never get the keys to No.10 or as an industry we are ALL in serious trouble.