Connections have always been crucial for business. 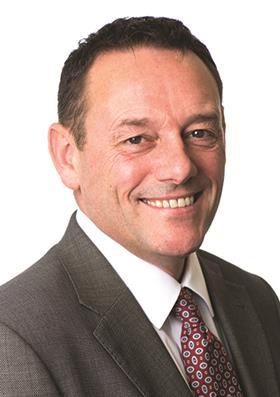 Just as the expansion of global aviation and digital infrastructure has shrunk our planet, Britain’s ability to be in touch with any time zone during the working day has kept us a global centre for trade. In spite of the digital revolution, more business is done face-to-face than ever before.

This is why investment in rail is so vital: shortening commuting times across England will make it appear smaller. Just as Crossrail will suck investment into London’s border districts such as Hayes or Maidenhead, HS2 and HS3 will widen the pool of investment, skills and business links across northern cities.

Fast urban transit and a hub airport underpin every global city from New York to Singapore to London. And the North West’s hub could soon emerge as part of this chain.

Manchester has major rail hubs, as well as a burgeoning airport and thriving mix of independent and blue-chip businesses. Uniquely, its world-renowned cultural exports - its sporting and musical legacies - are centrepieces of its global brand.

Bottling up this sense of community and using it to underpin the sense of place we are now creating will be crucial to NOMA’s success.

Around half the 20-acre neighbourhood we are establishing in the heart of Manchester will be new-build development, alongside the award-winning 1 Angel Square. But what we’re truly excited by is the heritage aspect; the reinstatement of numerous historic buildings, some of which date back to 1863.

Original architecture adds real character and value to a place. Having a unique and original workspace can also create a huge premium for occupiers seeking to attract the right talent and project a forward-thinking image. One of the challenges we’ve set ourselves for NOMA is blending the old and new, and taking time to get things right to deliver a premium product.

This will come through future-proofing buildings - by ensuring they have the country’s fastest internet connections - and by creating an engaging and welcoming public realm. Award-winning buildings need award-winning pathways around them. And with Manchester City Council’s commitment to housing, the hundreds of new homes being created on-site and on adjoining land will help sculpt a thriving new city centre.

Crucially, the area will benefit from the £44m revamp of Victoria station opposite, and the planned £85m Ordsall Chord rail link connecting Manchester Piccadilly and Victoria, which has received approval. The cost efficiencies of being in Manchester are also clear and with premium space hard to find, the potential for moving north is compelling.

As separate organisations, both our and Hermes Investment Management’s focus has always been on taking a holistic and community-centric view towards business. It’s something I believe we must not lose sight of in a climate where short-term gains are often put ahead of long-term transformations. Of course, our whole investment structure is pinned upon generating stable returns and, put simply, the best way to do this is to ensure that every project considers all the potential risks, as well as all the potential innovations and opportunities.

NOMA is a giant canvas where innovation will thrive - much as it did in 1781 when Richard Arkwright built the world’s first steam mill next to Angel Square - and it received planning for two new buildings last week. Manchester is on the cusp of a new industrial revolution, one where fibre-optics are replacing hot air.

David Pringle is director of NOMA at the Co-operative Group