On the ground at Mapic 2018 in Cannes, Colliers International’s Robert Hargreaves gives Property Week insights on what’s on the minds of this year’s delegates. 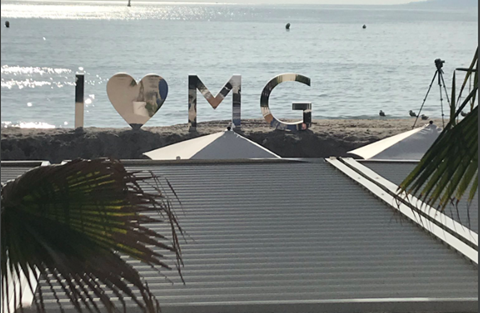 Over the last 12 months, the number of restaurants and retailers filing for CVAs has ramped up at a worrying rate. Conversation on the ground at MAPIC 2018 has centred around whether these voluntary arrangements are being used as a stick to unfairly beat landlords with. Far from the market being poor or consumer spending being down, CVAs are on the up because, in many cases, retailers have fallen victim to today’s quickly shifting retail landscape and haven’t been able to align their retail offer (in terms of service and product) with their price point. Under a CVA, a retailer can opt out of lease agreements on underperforming stores. The right location, the right demographic, the right product and price point, and the right size of store are all key factors for success. Having said this, CVAs are giving landlords the opportunity to reassess anchor stores and are exploring changes of use to alternatives such as residential or leisure, which will add new vibrancy to their holdings in the long-run.

Everyone is tired of talking about Brexit. Yet no one can deny that March 2019 is looming ever closer. On Day 1 of MAPIC 2018, Theresa May finally got cabinet approval for her draft agreement, however the finer details of the UK’s exit from the EU are still unknown. One thing is for certain: the setup of Britain’s retail market is somewhat challenging for foreign brands to break into. Views expressed by MAPIC’s continental European, Asian and African delegates is that London is an enormous market that offers huge potential for international brands, and a number would gladly come to the UK as soon as there is a rebalancing of rents and occupational costs to allow them to make the move. Continental brands struggling to acquire a foothold in London have instead been concentrating their efforts on regional towns and cities or other continental capitals. The franchise model exists in the UK but is not prevalent; what we are witnessing is a clear demand by foreign retailers to start operating in the London, once they can find a franchise or JV partner that can help them do so - a requirement that is sometimes easier said than done.

Amazon’s ‘try before you buy’ fashion service, which launched in the form of a Central London pop-up shop on Baker Street last month, has got a lot of people talking about the growing value of physical stores – especially for traditionally online pure players. The focus has polarised between the retail sales performance of shops versus the occupational costs and brand profile building potential of stores. Online and physical presence assets need to both complement each other and work in unison, and conversation at MAPIC has turned to how brands can properly harness the power of this ‘bricks to drive clicks’ trend.

The unstoppable growth of space dedicated to the Food & Beverage (F&B) sector has risen to 25 per cent in some UK high streets, a trend that we at Colliers International are expecting to see spread across Europe over the next 10 years. As the ‘experiential’ factor continues to be a key driver in consumer decision making, MAPIC delegates are all debating how alternative uses, including leisure and F&B, can be included in retail schemes to help drive footfall and create successful experience-driven destinations. Pedestrianisation of key cities across Europe is already to help bring retail-heavy high streets back to life, as is the emergence of quality, independent regional and European operators. However successful environments will need to incorporate a blend of goods, services and F&B if they are to remain sustainable and attractive in the long-term.