You may have heard already that young creatives and professionals are increasingly turning their backs on London life in favour of more affordable, spacious housing in the likes of Margate, Hastings and Southend. With renters and first-time buyers being priced out of the market, more and more people are looking to recreate the London lifestyle elsewhere – without the price tag. 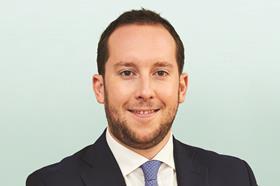 Samuel Blake, partner in the residential team at Montagu Evans

But this trend is not just a symptom of the housing crisis; it is an example of ambitious local authorities outside the capital seeking to breathe new life into their towns by taking advantage of changing lifestyle trends.

Although London continues to regenerate and upscale, better transport links to and from the capital, increased agile working opportunities and rising self-employment mean that places such as Margate– aka ‘Shoreditch-on-Sea’ – offer a feasible alternative to life in the city. According to Zoopla, average house prices in Margate have risen approximately 44% in the last five years; however, the current average price of a terraced house there is still only £224,000 – half the London average for even a one-bedroom flat.

This trend is not just a symptom of the housing crisis; it is an example of ambitious local authorities outside the capital seeking to breathe new life into their towns by taking advantage of changing lifestyle trends.

What has happened in Margate over the last five years is no coincidence. Excellent transport links and a joined-up approach between the public and private sector have meant that a new community there has flourished.

Helped along, of course, by Tracey Emin and others who have made Margate a cool, credible alternative to London, the town’s success is, in part, also a result of its ability to balance the needs of current constituents with the desires of aspirational communities of the future. If other councils with similar ambition and drive are able to work alongside the private sector and create communities that Londoners are looking for – the next Shoreditch-on-Sea that is a viable alternative – people will move there and the town will thrive as a result.

Although seaside towns like Margate are leading the way, the coast shouldn’t be the only draw. This trend isn’t limited to coastal locations and developers need not go that far to take advantage of people’s desire to move out of the capital. 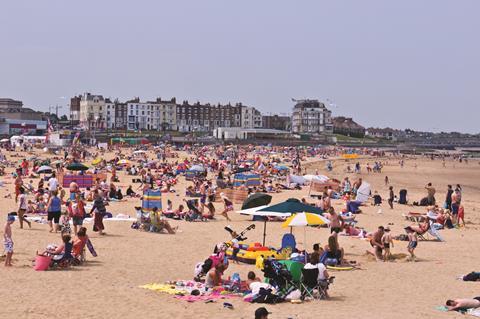 While there are several mini ‘London 2.0’ communities emerging across the home counties, there are also plenty of other overlooked opportunities that are yet to be discovered. Developers who might ordinarily only consider developing in and around London should already be seeing the advantages of other locations. By taking a braver, long-term view, there are benefits to be gained.

Slough is a perfect example of how David Brent’s once-neglected commuter town has become a thriving urban centre and business hub.

Find out more -The Future Works: the future work place?

A number of regeneration projects have transformed the area, creating a booming economy and attracting commuters looking to escape soaring house prices while still retaining the elements of the London life they love.

In the north-west quadrant of the new ‘Heart of Slough’, £600m of investment in a resi-led mixed-use regeneration project will create more than 1,400 new homes, 253,000 sq ft of office space and 45,000 sq ft of retail and leisure space, resulting in a huge influx of residents into the town centre.

London is an extraordinary world city whose push and pull factors will continue to be the ultimate driver of this trend. However, with the Elizabeth line and HS2 progressing, the growth and development opportunities in places such as the Thames Valley and Thames Estuary are still huge.

To exploit them fully requires cross-boundary collaboration between development partners and local authorities that are keen to take a long-term, joined-up approach that is well informed and strategically driven. With places as diverse as Margate and Slough able to see the benefits of taking this approach, there are clear lessons for others also looking to replicate this commercial success in the next wave of up-and-coming areas.