Although it’s still very breezy, the sun is shining as the Department for International Trade (DIT) opens its content packed MIPIM programme with the British Property Federation. 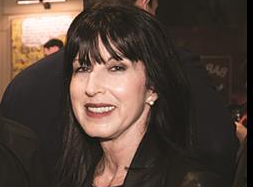 There was even a long queue to enter the conference as overzealous security guards wouldn’t let us in a minute before 9am.

The first panel was an impressive line-up of metro mayors including ex-John Lewis chief executive Andy Street, now the mayor of the West Midlands Combined Authority. He talked about the de-industrialisation of brownfield land to bring life back to communities. All the metro mayors hinted intriguingly of announcements to come.

Clearly although there is healthy competition between them, they are all aligned in doing the best for their communities. The diversity issue was touched upon with Street pointing out to London First chair Jasmine Whitbread that she had to be there for him to be able to appear on the panel, presumably because he can’t sit on single-sex panels.

It was good to catch up on the London stand with TfL commercial director Graeme Craig, who tells me he now runs a 70-strong development team working on 50 schemes. Its extensive programme includes 3,000-plus homes this year and it will be moving into PRS in a big way, and also modular construction. 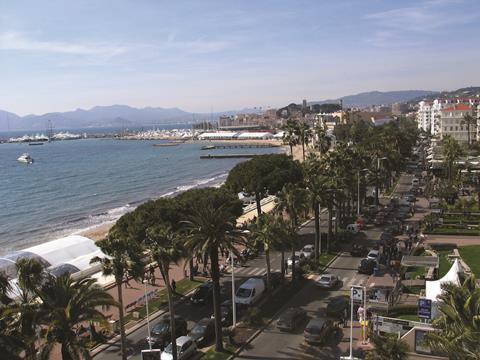 At Morden, he tells me, it is working with the council on the town centre, which is intended to be a model for other town centre rollouts. It will also be creating something transformational in its mobile coverage. With the impending opening of the Elizabeth line, TfL is seeking six sector-exclusive corporate sponsors to be long-term partners helping promote the new line. The entrance fee for each sponsor will be £6.5m.

I enjoyed the next DIT panel on innovation chaired by JLL’s Guy Grainger, who has definitely missed his vocation on the stage. I was particularly impressed by the energy of new Lendlease head of offices Sherin Aminossehe, who was parachuted on to the panel straight from the airport. In just a few hours at Mipim she apparently spoke on two panels and did one vox pop, one pod cast, three catch-ups and two business meetings. She was back in London by 6pm. Is this some sort of record? The panel touched on the government’s inadequate investment in R&D. Construction is a massive part of our GDP, they said, and yet there is minimal investment in research. The need for new methods of construction and shortage of constructions skills were discussed and Aminossehe even challenged Crest Nicholson’s Steve Stone in the audience to lead the way on building quality.

Panellist Mark Reynolds of Mace said “shame on industry for not collaborating more”. There is innovation, he said, but people are not sharing ideas.

In animated @tradegovuk #innovation panel Mark Reynolds of @MaceGroup says shame on #construction industry for not collaborating. There is innovation but no sharing of ideas, he says. #MIPIM pic.twitter.com/4kX1wB3i1b

It was a quick sprint, avoiding the public realm roadworks that seem to be everywhere in Cannes this year, to the London Chamber drinks reception where president Tony Pidgley once again welcomed deputy mayor for planning Jules Pipe for their rousing annual Mipim double act. It was a great London turnout with the top echelons of many London developers and Pipe also touched on skills as a huge issue for the construction industry. It got me thinking of who made up the Cannes construction workforce!

Then another sprint down to the Majestic through further street works to the Westminster Property Alliance lunch with Sheffield Property Association. This lunch has now become a regular Mipim fixture, although with the local elections looming, Westminster Council was notable by its absence this year.

Another canter down the Croisette to the beach drinks reception hosted by resi developer Moda, which was in full swing when I arrived. It was useful to catch up with hosts Tony and Oscar Brooks. They told me they are focusing on build-to-rent development and aim to design, build and operate their schemes. They are able to take a long-term 30-year view. Their recent tie-up with Uber indicates that they are prepared to take an innovative approach. They were celebrating having just got planning consent for their Glasgow scheme.

It was then back to the Palais to represent Women Talk Real Estate at a women’s networking reception sponsored by Ivanhoe Cambridge. This was open to the many nationalities attending Mipim, although the Brits and the French seemed the largest contingents. One or two men were in attendance, including The Guardian’s wealth correspondent! On the way back, the most important event was the purchase of a coat to combat the chilly night-time weather.

We had to pick our way through the glitzy Mipim opening night party at the Carlton to reach the FTI drinks party at its new plage-side venue. Hosted by former Property Week editor Giles Barrie, it was well very well attended as always and a good opportunity to catch up with the real estate world’s glitterati. Then it was on to the Mishcon de Reya Tuesday night client dinner at the Petite Maison where a last-minute table switch meant a quick reinvention of the table plan. All worked seamlessly and conversation flowed well into the early hours against the backdrop of a great live band.

A perfect end to a long day and nearly time to get going for an early breakfast.