Modern construction with a traditional twist

There’s more to making a building look and feel like a traditional property than the façade. 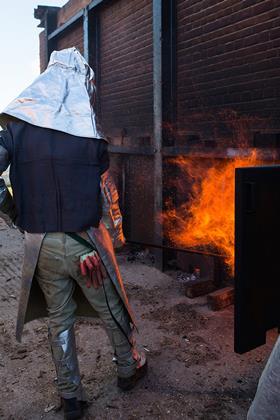 Starting with the building blocks, the bricks, developers and customers alike are looking to traditional manufacturing methods to create the architectural heritage ‘look’.

The distinct appearance of bricks that have been hand-made and wood-fired in a kiln is helping to create new-build homes, which have the look and feel of a vintage property.

This is something that’s very much ‘on-trend’, given that at one time, the fashion was to discount everything in the past and look to the future in terms of designing the overall style of contemporary property. The 1960s saw a swath of new architectural thinking that turned its back on the more traditional styles, many of which were still very popular in the period up until the Second World War. And this was understandable, given that the war cast a long shadow, allowing modern design to help the nation look forward and recover. What is great, however, is that there are still a number of landmark historical buildings that were saved from the wrecking ball – St Pancras Station Hotel, for example. This was, in part, thanks to the efforts of the general public, celebrities and even poets, making the case for their continued existence. And it is fantastic that these buildings are still around for future generations to enjoy and be inspired by.

However, time has moved on since then and traditional design and building methods are now closely associated with quality and reliability, as well as the attention to detail that somehow got lost in the mass production methods of the 1960s and 70s. So much so, that in addition to period properties coming into fashion, the styles that these buildings carry are being translated into designs for modern residential properties.

Traditional techniques are an important factor in creating the brickwork, mouldings and facias that replicate such styles closely. However, this has to be properly managed by experts that understand how to achieve the look in a way that integrates well with the overall impression created by a modern building.  Specialised providers are able to combine old and new styles in a way that bridges the gap between old and new seamlessly.

One key consumer demand that has increased, despite the current desire for traditional looking properties, is the need for building processes to be as environmentally sustainable as possible.  In the case of wood fired bricks, this isn’t something that needs to be a concern.

A number of providers use closed loop systems, covering the sourcing of clay from owned land to the sustainable biomass used to dry the bricks. Furthermore, where wood (instead of oil) is used as the fuel to fire the kiln where the bricks are created, this is a sustainable process in itself. Furthermore, a brick dried with wood chip is a material that is welcomed by the government’s Renewable Heat Incentive (RHI) scheme – so a point well worth checking with individual providers. In addition, the construction industry in general has firm commitment to assisting in reaching targets included in the Government’s Code for Sustainable Homes.  One of the main areas of focus within the code is materials so use of bricks manufactured in this way throughout a variety of property types is a clear advantage.

Demand for traditional building techniques like this is clearly on the rise, both in the UK and abroad – at HG Matthews, we have recently sent our first shipment of wood-fired bricks to the U.S and Japan.

What’s fantastic, however, is that many brick makers are finding innovative ways to meet the need to significantly reduce the carbon footprint of the production process  – something that is no longer an ‘optional extra’ but is instead a core requirement of any building process, no matter how traditional, or how much demand there is for it.

Jim Matthews is the third-generation owner of HG Matthews.