New mayor must show London is open for business

Whatever the colour of the rosette, the challenges the next mayor of London will face are as diverse and complex as the city itself. 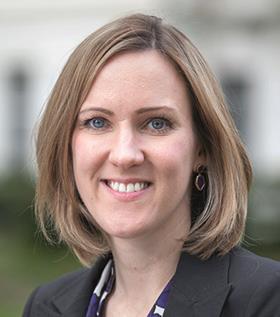 At the top of the agenda of all candidates is housing. Currently sitting at nearly 27,000 a year, London’s supply of new homes has been woefully short of what is needed. We need to be building more, in the right places, making use of improvements in infrastructure that are opening up parts of outer London. Too much attention has been paid to the prime central areas. Yet the majority of Londoners can only afford properties further down the value bands.

Hand-in-hand with the supply lag, affordability, or lack of it, continues to be a major issue. Schemes such as Help to Buy or ‘starter homes’ are a welcome concept, but do not provide the help that Londoners, particularly the young and/or those on lower incomes, require to access decent, well-located housing.

The London market is heavily sentiment driven, one of the reasons it has experienced a strong outperformance in price growth since the downturn despite an environment of increased mortgage regulation and additional taxation. Overseas investment was one of the factors that kick-started the market in 2009, with many purchasers able to benefit from a currency play and buy London property at a perceived discount. This positive sentiment spread through the market and transactions across the board started to recover quickly. However, overseas investors are now starting to feel the compounded effects of recent tax changes.

Whether or not they are personally affected by additional stamp duty land tax or mortgage interest tax relief cuts is almost irrelevant; it’s the impact on sentiment that is key. The message from London sounds increasingly unwelcome compared with Anglophone cities such as Toronto, Vancouver and Melbourne, which are welcoming investment, and have strong legal structures, lower prices and sometimes higher yields.

London’s pipeline would suffer without overseas investment, whether that be individual overseas buyers or institutional funders. The uncertainty surrounding the mayoral election and Brexit further weighs on sentiment. Nonetheless, a significant number of investors remain drawn to the capital, motivated by wealth preservation, as well as its status as a global financial centre, educational institutions and culture and heritage, and couldn’t care less about a small adjustment to their yield.

Overall, it is likely we will see less rental stock added to the market by the traditional individual buy-to-let investor route. The clear sign from government in the 2015 Budget and Autumn Statement is that its preferred method of rental delivery is through institutions. Build-to-rent will also be the big story in development - it is expanding fast with a number of significant commitments in the pipeline. In 2015, we recorded investment deals worth a total of £2.6bn, and our latest survey indicates that the potential weight of capital for build-to-rent is £30bn.

The new mayor must show London as ‘open for business’ to maintain its edge over other global cities, without being distracted by overseas buyers and prime London. The mayor should concentrate on facilitating a high-supply market to increase delivery of all tenures to a variety of markets and gear his or her policies to where the majority of Londoners live - outside zone one.

Savills is sponsoring the 2016 LandAid Debate, which takes place at Central Hall Westminster on 23 February. Join us for what promises to be a gripping housing debate between four of London’s prospective mayoral candidates. You will also be supporting a great cause. Tickets for the debate are available at landaid.org/debate2016.