For many years, property fund managers have been used to receiving their management fees in two forms: a basic fee for doing the ‘day job’ and a bonus, the ‘carry’, typically based on the growth in the capital value of the fund. 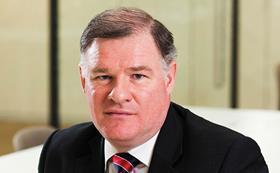 Apart from aligning the interests of the equity holders with the fund managers, such a structure also has a beneficial tax impact. For managers structured as partnerships - and most are - the basic fee would be taxed at income tax rates (typically 40% or 45%) but the bonus, or carry, as a capital gain (28%).

Prior to the election, this rate differential was under attack as part of the wider tax-avoidance debate. With the Conservative win, the pressure on the carry may be off, as the Conservatives, in the coalition, previously consulted on the issue and only took selective action last parliament. However, caution is still required.

The principle assumes that the manager receives a full market rate for the ‘day job’ and is subject to income tax and national insurance contributions on that. As part of the government’s clamp down on tax avoidance, the Finance Act 2015 introduced disguised investment management fee rules - saying management fees are income whatever they are called. As is typical with avoidance provisions, the rules are widely drafted and operate on a ‘capture and then discard’ basis.

It is sufficient for investment management fees to arise directly, or indirectly, to an individual fund manager under arrangements involving a partnership for the rules to apply. As a carry usually requires the existence of a partnership, ‘capture’ is almost inescapable. Happily, the carry is not normally regarded as constituting disguised fees for these purposes and may be discarded, although this assumes a proper fee for the ‘day job’.

Focus on the future of the carry has, to some degree, drawn attention away from the potential scope and impact of the disguised fee rules. The manner of ‘capture and then discard’ means property fund managers should review their current structuring arrangements to satisfy themselves they can evidence the appropriate ‘discard’, or see what alternative structures it might be possible to morph into.

The exclusion of the carry from the new avoidance rules gives comfort that the favoured capital gains treatment will continue, at least for now. Less comforting is that ‘carried interest’ now has a statutory definition. If George Osborne is looking for more tax revenue, all he has to do is change the statutory definition.

Ian Daniels is partner and head of property at Haysmacintyre