Manhattan fear-mongers routinely cry wolf over a ‘glut’ of new office space. They did in it in the 1990s when a few towers opened empty, and after 9/11 every time a new building brought some vacant space to market. 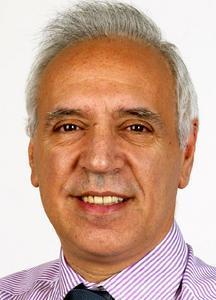 The dreaded g-word proved to be a myth every time. Except for the original World Trade Center, which took 25 years to fill, no new postwar Manhattan tower sat empty or substantially empty for long. Yet, now that a real crisis might loom down the road, no one’s paying attention.

Some 11m-plus sq ft of top-dollar, newly minted space are in play between today and 2019. They include recently completed One and Four World Trade Center; projects in full-bore construction (3 World Trade Center; 7 Bryant Park; and 10, 30 and 55 Hudson Yards); one at the foundation stage (1 Manhattan West); and old buildings being stripped to their skeletons and redesigned as entirely fresh products (390 Madison Avenue and 425 Park Avenue).

Those may not be all. Two more planned, office skyscrapers not yet rising seem poised to get the green light - One Vanderbilt (awaiting city approval) and 3 Hudson Boulevard (close to signing a tenant). In addition, if negotiations reported last week between News Corporation and 21st Century Fox with Larry Silverstein result in a done deal, it would get the Lord Foster-designed 2 World Trade Center out of the ground.

Brokers say they’re not worried. Asked if there might be too much new space to absorb, JLL New York president Peter Riguardi called it a “fair question”, but quickly asserted confidence that it would all swiftly lease up.

There’s no question that today’s crop of office towers are superior to those built even 20 years ago. Modern firms of all types crave the ‘efficiencies’ available only in today’s environmentally advanced towers, which boast 14-foot slab-to-slab floor heights, floor-to-ceiling windows and energy-conserving cogeneration facilities.

Like others in the industry, Riguardi believes a greater threat might be to older office towers, which would lose marquee-name tenants to the new ones.

Brokers like to point out that 11m newly minted sq ft represents a minute fraction of Manhattan’s current 450m sq ft - a healthy market with availability fluctuating between 9%-11% over the past few years. But it’s new product that sets the tone for the market, and a half-million vacant square feet in a closely watched debut tower carries more psychological baggage than the same amount of space in an older one.

Unlike previous development cycles that briefly left several new towers empty in a concentrated small area, as in Times Square around 1990, today’s are widely scattered among downtown, central Midtown and the far West Side. High-profile signings for Condé Nast, GroupM, Media Math, Time Warner, L’Oréal, Coach Inc., Bank of China and probably soon Skadden Arps upstaged the fact that more than half the space is yet to be spoken for.

There are signs of slow going: at 1 WTC, the highest-profile project by far, the Port Authority and the Durst Organization cut asking rents from $80/sq ft to the $60s on middle floors. More than one-third of the ‘iconic’ tower’s 3m ft remain available.

While the new World Trade Center looms large in most local minds, the same isn’t true for Hudson Yards. New Yorkers are vaguely aware that four cloudbusting commercial projects are going up in the area, and that they’ll be joined by a 1m sq ft retail complex anchored by Neiman Marcus.

Even so, since most of the blocks between Ninth Avenue and the Hudson River remain a construction zone, there’s little reason to stroll around yet. But all the projects by Related, Brookfield, and possibly by Tishman Speyer and Moinian Group will create a brave new frontier for Manhattan business.

So far, most leasing activity has been in the TAMI sector (technology, advertising, media, information) - a tenant base that may, in the long run, prove more shallow than financial services. Wall Street, historically the driver of the Manhattan market, has sat it out both uptown and downtown. Hedge funds get lots of publicity for signing leases at $150/sq ft, but their space needs rarely exceed 20,000 sq ft.

Meanwhile, onerous regulatory legislation since the 2008 crash has discouraged large banks from hiring despite record profits. At the same time, the traditional yardstick of 250 sq ft per employee has been whittled down to as low as 175 sq ft as firms eschew traditional floor plans for open setups.

Bank of China, the only major financial user among the new-tower occupiers, seems to have had a change of heart about its needs. The bank is buying 7 Bryant Park, a striking new spec project developed by Hines, for $610m.

Two other imminent signings reflect the pattern. TD Bank is to anchor SL Green’s One Vanderbilt. Yet it’s a mere 200,000 of the tower’s 1.3m sq ft. Brookfield has a letter of intent with Skadden Arps at 1 Manhattan West (between Ninth and 10th avenues at West 30th Street) - yet the law firm is expected to take only 500,000 of nearly 2m sq ft, compared with 800,000 sq ft it will leave behind at 4 Times Square.

How have the projects gotten financing despite little pre-leasing? Partly thanks to public subsidies that somewhat reduced development costs at the WTC and Hudson Yards. An interesting exception is One Vanderbilt; not only is it to be built without any subsidies, but SL Green must pay for and create $210m worth of public amenities. Foreign capital stepped up as well - like Related Companies’ partnerships with Canada’s Oxford Properties at 10 and 30 Hudson Yards.

If history is a guide, the new skyscrapers will all find users. But if successful, they’ll permanently alter Manhattan’s chemistry by drawing great companies far from central Midtown. What effect it may have on the fabled district of landmarks including the Chrysler and Seagram buildings may be the great commercial drama of early 21st-century Manhattan.