Next time the Tories must offer a positive vision

At the start of the year, I wrote in my Helical board paper how 2017 might unfold politically across Europe. Nowhere in my musings was there the prospect of a UK general election. 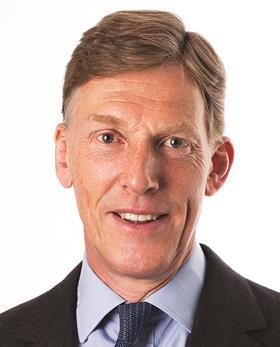 When Theresa May called the election, she had a 20-point lead in the polls and there was talk of a 100-seat majority - in the space of seven weeks this dissipated to two points. This is akin to being 20-0 ahead at half time and then scraping a draw.

So my plan to write about what I would like the new government to be doing to help business generally and property specifically has hit the buffers, as we now have a minority government, which will limp forward doing very little that is bold or different, with all the focus on Brexit. It will be like watching ferrets fight in a sack.

Instead, it is worth examining why Jeremy Corbyn, who was written off by most - including his own party - had the most successful Labour campaign, gaining a further 10% of the vote, since Attlee in 1945.

He offered everything to everyone: money for pensioners, the NHS and schools, a higher minimum wage and no tuition fees, which motivated about a million under-25s to vote for him.

This would all be paid for by the (nasty) rich 5%, although the top 1% of income taxpayers already pay 30% of all income tax, and more corporation tax, not forgetting that the shareholders of most companies are represented by everyone’s pensions and savings. Then there was a financial transaction tax, which would destroy the City.

Corbyn promised £50bn of annual extra spending, which is dreamland economics and would quickly have seen the Labour Chancellor John McDonnell heading for an emergency bail-out from the International Monetary Fund, like his 1976 predecessor Denis Healey. But he was positive, polite, had an avuncular charm and offered hope.

On the other hand, Theresa May saddled herself with an ill-thought-out manifesto that fell at the first hurdle, with the subsequent U-turn over social care being the opposite of “strong and stable”. And “Brexit means Brexit ” - what does that mean? 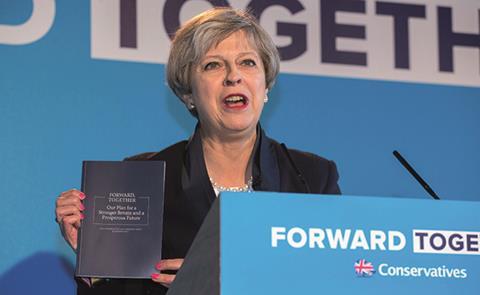 The campaign was negative - just saying “do not trust the other chap”. May’s public appearances made her appear like an automaton. The approach to business was interventionist and socialist-lite, carrying on from the Cameron/Osborne era of policies such as ever-increasing stamp duty.

As a result, the next time we have to go to the polls we need to have a proper explanation as to why capitalism is the right approach rather than the socialism espoused by Corbyn. The Conservatives must offer aspiration and a positive vision as to the necessity of wealth creation in order to achieve a better standard of living for all.

In the same way, the property industry must make the case for the benefit we provide by contributing positively to society: the new buildings for business and for people to live; the infrastructure and public realm improvements that result; the employment created; and the tax revenue generated.

As to the immediate future, let’s not forget that the UK is still a great country, London is the leading world city and if we all remain upbeat, business will continue to be successful, notwithstanding the politics. Let’s stay positive and carry on.