Now is the time to invest in retail leisure experiences

Remember when casual dining started being added to shopping destinations? What was revolutionary then is simply good business now. 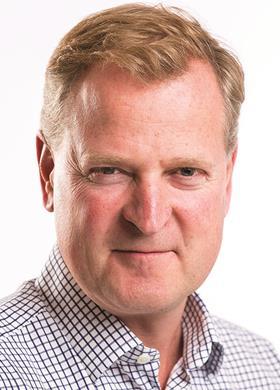 Bars, restaurants and coffee shops give customers even more reasons to visit more often and stay for longer. The result is an increase in all-round spend, benefiting retailers.

Now, the evolution has moved to leisure in retail destinations. This includes long-term attractions, such as cinemas, and short-term themed experiential events, often with celebrities.

The differing tastes of generations are influential. ‘Customers’ have never been a single homogenous mass, but that is even more the case today.

Take customers reaching young adulthood in the early 21st century: the millennials, also known as generation Y, who were born in the 1980s to early 1990s. Along with generation Z, born in the late 1990s onwards, they are driving many future trends.

Generation Y will make up more than half of the workforce by 2020 - a figure that will move above 75% when their younger equivalents join them later that decade. However, their wallets are pretty empty. 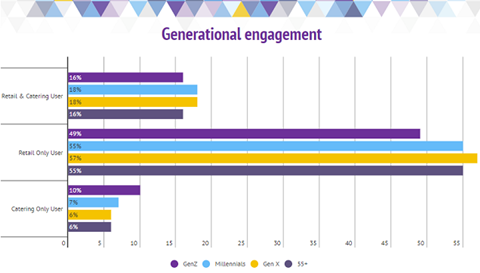 Source: Time to gen up on Gen Z

It’s the 55-plus age group, the baby boomers, who account for more than half of UK retail spending. But, looking at it another way, being short of cash makes millennials more price-sensitive and greater discount-seekers. They want it all and they want it for less.

This is one reason for the growth of ‘off-price shopping’ at discount supermarkets or outlet centres. London Designer Outlet (LDO) at Quintain’s Wembley Park development is a case in point, with footfall and retailer revenues seeing double-digit growth each year.

Some 84% of LDO’s 7m annual visitors are under 50 years old, drawn by top brands priced at up to 70% off RRP throughout the year.

But doesn’t bargain hunting take millennials onto the web? In a recent report covering seven countries including the UK, Accenture found that the search for discounts “doesn’t mean they’ve stopped frequenting bricks-and-mortar venues”. They quoted millennials who said seeing before buying is imperative: “You want to touch it; you want to smell it; you want to pick it up.”

As well as handling the merchandise, experience is a big feature. Casual dining attracts customers and adds to dwell time, so it remains an essential part of the tenant mix. However, there is also a burgeoning ‘experience economy’ driven by millennials motivated by a fear of missing out.

They are more likely to share a memorable event on social media than a great product purchase. Savvy brands know this and have responded with imaginative hashtags and opportunities for selfies that engage customers and encourage inclusion.

Last month, The Color Run made a triumphant return to Wembley Park, where thousands of people took on the “happiest 5km on the planet”. The event has proven an ongoing success for Wembley Park, as it connects with the vibrant culture in the area. 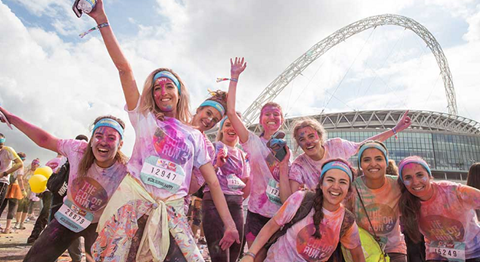 For us at Quintain, it also aligns well with neighbouring Wembley Stadium and the SSE Arena - as well as LDO, which includes one of Nike’s top three European outlet stores - reinforcing the leisure and lifestyle link.

Retail landlords have invested heavily in adding dining to their shopping destinations. Now the same must happen for leisure experiences. Get it right and younger shoppers - the customers of the future - will share off-price bargains and the burgeoning experience economy on social media, drawing attention to their favourite brands, destinations and events - and driving footfall and sales as a result.