One nil to grocers – but well-run retailers will always thrive

The second Thursday in January is a tsunami of retail reporting that makes it near impossible to see the wood for the trees. 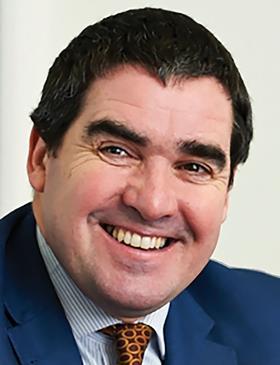 What did Christmas – the peak retail period for the trade – say about the British consumer and its retail industry? And what could this mean for retail real estate in 2018?

Firstly, what of the consumer? The EU referendum has politicised and polluted economic data and analysis. So many folks – remainers, nationalists, leavers and unionists – put a spin on data that muddies waters and distorts reality. Sadly, some media institutions arguably mis-report factual data, spinning their cause.

So, stripping out the spin, what does the data actually say? The picture is mixed. On the one hand, there is some very good news, such as record-high employment levels and corresponding relatively low unemployment. However, there are low levels of consumer confidence and, at an aggregate level, slightly falling living standards, as inflation (CPIH) exceeds the rise in wages and salaries.

In other words, we did not experience the boom promised by the rabid leavers but neither did we see the depression expected by the moaning remainers. We predicted a broadly flat December 2017 trade year-on- year and the BRC-KPMG Retail Sales Monitor actually revealed something a tad better.

Shopkeepers are working with some notable shifts in consumer behaviour: the rise of online, the increase in the propensity to spend on services (experiences) over goods, the structural increase in wellbeing in the food and personal care markets and the willingness of consumers to keep a product for longer.

Rising food prices have meant that grocers in the main outperformed non-food players through 2017. The British supermarket industry is also benefiting from a wholesale improvement in management and the fact the market is growing faster than capacity.

The position for non-food retailers is more varied, not least with one in four sales in the UK now online – with Amazon an elephant in the room. While pure-play online is well positioned to capitalise on growth trends, it is not a one-way flow; stores have a demonstrable future as showrooms, service points and places to upsell. The key point here is that good shops sell, poor shops stock; doing the latter is no longer a survival strategy. Online operators will do better than store-only groups in the main but good shopkeepers will do fine.

Consistently well-run businesses like Ted Baker and Mountain Warehouse continue to excel. However, the troubles of businesses such as Debenhams and Multiyork are as much about their history and management as about their format, category and channel position.

We expect UK inflation to ease this year, helping living standards level off – and even improve – while we also keep an eye on scope for base rate rises. Brexit feels impossible to predict but whatever the outcome, it is going to take time.

Within real estate, recent trends will also have an impact, with premium and prime setting the agenda, the former embracing ever-more effective food and beverage, leisure and good accessibility, while secondary and tertiary space, especially shopping centres, need ever-more rethinks, reappraisals and restructuring.