The result of last week’s election has left the country surprised by its own decisiveness. 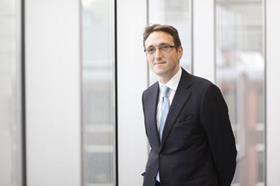 However, with the benefit of hindsight, or for some foresight at the expense of the bookmakers, the election result was the inevitable outcome of a battle between a classic right-wing party and a traditional left-wing approach.

The impact of this on the property industry is that the incoming Tory government will have a short-term opportunity to follow its own instincts and promote a firmly pro-business agenda with the hope of generating further growth. It will, however, have to consider ways of generating further income and adapt socially aware policies as part of its ‘one nation’ pledge. While a decisive election victory should give us a greater degree of clarity for the next five years, some issues related to the property market that have been raised during the campaign do still need attention regardless of who is in power.

Mansion tax was always a headline-grabbing, tokenistic slogan, but there is no avoiding the fact that occupation of real estate in the UK, particularly London, is cheaper than other comparable countries and cities around the world. Council tax is a mass of contradictions and inconsistencies. These mean that a resident in Knightsbridge in a £20m property is paying less tax than someone living in a four-bedroom house elsewhere in the country worth £400,000. In New York, a resident of a property of a similar size and value might pay half a percent of that property’s value each year (at least $25,000) - working out at around 10 times the tax burden in the UK.

An increase in the top band of council tax, as opposed to a hard-to-implement mansion tax or a hike in one-off payments made through stamp duty, is therefore not an inappropriate or unjust way to deal with revenue raising. Neither will it deter any of our overseas investors from acquiring in London.

The need to provide for key worker and affordable and social homes is still paramount. A flat rate of affordable housing provision should be imposed, particularly in London, to negate the negotiation with 33 boroughs. If that number were, say, 25% then that would simplify planning discussions and move the process along at a much speedier pace. We must not let London become unaffordable for the vast majority of people.

One less-than-welcome result of the Conservatives’ win is the appearance of an EU referendum on the horizon, which adds new uncertainty to the coming years. Although the opinion polls seem to be indicating a 55%-60% yes vote at the moment, opinions can change quickly and there will be a moment that challenges the previously held consensus.

Even if the result is ultimately positive, the uncertainty around Britain’s place in the EU may have a deflationary effect in the run-up to the vote as individuals and businesses contemplate the need to relocate. It seems unlikely Britain would make the disastrous move of extracting itself from Europe but the impending referendum means it is a possibility. Speaking to the leaders of some investment banks, if Britain were to leave Europe there is a strong argument that they would have to move many staff to other European financial centres, which would have a seriously negative effect on our economy.

The Conservatives’ success was not, of course, the only surprise at last week’s election. Whether the SNP’s 56 seats leads to another referendum for independence remains to be seen, but it seems inevitable that there will be some move for greater separation between Scotland and the rest of the UK. How this will affect property companies that have a significant proportion of their portfolio in Scotland is one of the biggest uncertainties for the industry.

With the decisiveness of the election result comes myriad issues the industry may have to deal with. The people have spoken and now it is for the new administration to determine its path. Those of us with a vested interest in the market await with interest the direction in which it will take us.