It is no surprise that the ability to develop housing is affected by the provision of fit-for-purpose infrastructure and transport connections. 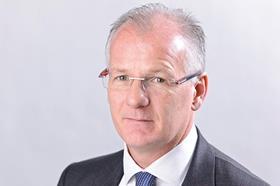 Yet in recent years the importance of infrastructure and connectivity as a way to accelerate the delivery of new homes, create jobs and regenerate areas has been overlooked.

As the capital becomes more successful, its roads, railways and airports are being put under greater strain than ever. Many of them are struggling with capacity constraints. For London to continue to flourish, the provision of appropriate infrastructure is crucial.

As we have seen most recently with Crossrail, new transport connections can open up a city, inspiring the creation of high-quality homes in locations that may not previously have been obvious for large-scale residential development. As well as providing a significant proportion of the homes necessary to meet the capital’s needs, infrastructure initiatives generate growth and create substantial social and economic value by attracting businesses and enhancing retail presence.

Canary Wharf is a prime example of the impact that infrastructure can have on regeneration. Extended to Canary Wharf in the late 1990s, the Jubilee Line helped this once secondary part of London to become one of the world’s most important business districts, and home to hundreds of homes, retail schemes and leisure amenities. The arrival of Crossrail in three years will further enhance the attraction of this area as a prime residential location in London.

Similarly, the Northern Line extension to Nine Elms is set to help service the 18,000 new homes planned for the area, connecting the public to this previously hard-to-access part of the capital.
Studying the effect that Crossrail has had on property prices and development, even before it has been completed, is compelling.

According to Knight Frank’s research team, a look at residential prices within a 10-minute walk of stations on the new Crossrail route since royal assent was granted in 2008, to the end of 2014, shows that they have outperformed those in the wider boroughs by an average of 5%.

Around Acton station - the area that has seen the largest average rise in residential prices among all stations outside central London - values have appreciated by 77%. Prices have outperformed those in the surrounding area by 33% over the same period.

There are almost 3,000 residential units in schemes under construction within a 10-minute walk of central Crossrail stations and a similar number with planning approval: evidence of the link between development and improving infrastructure.

We have first-hand evidence of the importance of transport links to London residents.

In our tenant survey, the largest conducted of those living in the private rented sector to date, London renters said that proximity to the nearest transport link was the most important factor after the affordability of rent when choosing somewhere to live.

Our survey shows how close to transport links London tenants want to live; 75% are happy to live up to a 12-minute walk from a station, but 16% would like to live within a
three-minute walk of their nearest transport link.

As we face up to a growing population in London, the key will be politicians who have long-term vision and who can place the creation of sustainable and well-planned places for people to live aside from party politics.

More importance should be given to the speed at which new infrastructure projects are brought forward. Currently, the process is time consuming and expensive. It is the negative impact this has on the delivery of new homes and regeneration of vital parts of London and the UK that should be addressed and identified.

If the government is to make real progress in addressing London’s chronic lack of new homes, it must prioritise its infrastructure plans, giving developers the foundations and tools to create places that will continue to make our capital world class.