Prop up the defence while the going remains good

We are moving into a very different phase of the post-crisis economic cycle. 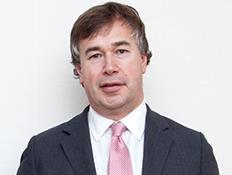 The asset price bounce driven by cheap money against a backdrop of low inflation has improved confidence and helped the UK become an economic growth outlier in the developed world.

Yes, the risks are significant over the next few years as we face up to anaemic global growth, austerity replacing austerity-light, rising (although still low) interest rates, an inflated housing market, a huge amount of political uncertainty and rising populism, climate change, potential for another spike in oil prices, terrorism and, of course, the unknown unknowns. This is a recipe for volatility in public markets, from which property is not immune.

However, the income characteristics of real estate and relative stability of returns means it remains very attractive. Real estate markets are in pretty good shape. Rents are rising with supply mostly in the landlord’s favour. The risks of a hard or even bumpy landing look low providing the brakes are gently applied in 2016 to avoid too much further downward yield movement, development and lending.

Over the Christmas break, I watched the Big Game at Twickenham. Harlequins trounced Gloucester, but the game ended in a 39-points-all draw. Some breathtaking attacking rugby was mixed up with some terrible ball retention. Put that right and you have an analogy for the ideal investment strategy for the next few years.

Urbanisation is one of my favourite places to play the attack game. I do not think we are remotely at the end of this trend, but it is likely to play out in a different way in London and the tier-one cities. Pricing pressures and congestion in the centre suggest a hub-and-spoke strategy will pay dividends. Successful spokes will be large enough to provide the amenity and edginess of the urban experience with efficient transport links to the hub.

New uses I like are casual dining, ‘student housing’ for ex-students and the soon-to-emerge consolidation centre. The latter will aim to reduce the number of deliveries to a building and could become a regular planning condition as authorities try and reduce congestion and give more space to the pedestrian and cyclist.

The centre of an income strategy, though, should be protecting the income from the portfolio (keeping the ball and good defence). With shorter leases, the focus must be on owning assets where management can make a difference and space can be adapted to meet the changing face of the world of work and the needs of the occupier. I expect to see more emphasis by landlords on creating space that focuses on the welfare of the tenant’s staff as a tenant retention tool. Failure to do this opens the door to having your tenants pinched by the building that does. This is tantamount to Harlequins throwing the interception pass and allowing the opposition an unchallenged run to the line.

Relative return managers are very stressed this time of year as they wait on their results that can bring copious riches or the sack. It is a bit like reaching the end of the Premier League season having played all the fixtures but not knowing until a month later who is the champion, who has made Europe and who has been relegated.

The consensus from market commentaries is that income will make up the lion’s share of returns over the next few years. It is also income that makes the sector attractive against a backdrop of low bond yields. Is it time to challenge the default performance objective for investment managers of outperforming an IPD relative return benchmark and introduce ones that focus on income? It might make for some better long-term decisions.