Urban planning has long been oriented towards achieving a more socially, economically and environmentally prosperous society. 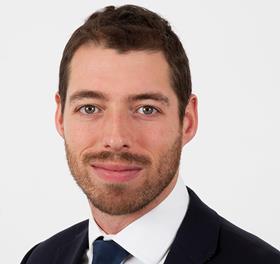 Likewise, the property industry has largely recognised that good planning and development create financial value. Yet, while we have demonstrated that profitable business decisions do not need to come at the expense of successful placemaking, the development sector does not operate in a vacuum.

Roughly 65% of Britons own their own homes and many will have banked on price growth to support borrowing in the short term or top-up pensions in the longer term. With more homeowners than renters, rising house prices bring significant electoral support. This partly explains why the Treasury has taken an increasingly keen interest in planning in recent years.

Aside from the Great Recession, UK house prices have steadily increased annually since the mid-1990s. This has helped fuel economic growth. A significant price correction could therefore be economically disastrous. Reduction of lenders’ capital could bankrupt smaller banks, while homeowner consumer spending through credit or equity release would also be hit hard.

This helps to explain the chancellor’s stance in his Autumn Statement, which clearly affirmed the government’s pledge to increase home ownership but failed to tackle the matter of supply. Thus George Osborne rallied his party ahead of a march towards significant reforms to Britain’s housing market. Affordable housing, as a traditional social rent product, will become a thing of the past, replaced by a plethora of part-ownership tenures. The chancellor’s actions mean that truly affordable homes appear destined for sale into a market fuelled further by additional cheap homeowner debt.

The greatest impact will inevitably be felt by the poorest in society, forced into an increasingly unaffordable private rented sector. But it will also affect the ability of businesses to attract and retain staff. While there’s no easy answer, now is surely time for the property profession to assert itself in the interest of our cities. We can and should continue to deliver the mixed and balanced communities that we know to be successful.