We’re almost there. In just one week’s time the result of this most unpredictable of general elections will be known, although the identity of the next government most likely won’t. 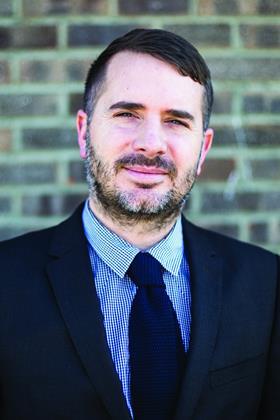 A week out and the poll of polls has the Conservatives and Labour each on around 34% and the only certainty, it seems, is there will be a hung parliament. So, after months of campaigning, it now looks like the real drama will begin on 8 May, when the party leaders lock themselves behind closed doors and the horse trading begins.

It’s no secret that our sector tends to back the Tories. This week we reveal that property companies donated £1.28m to the Tories - six times the amount given to Labour. But what business wants it doesn’t always get - and donations to fund campaigns don’t always win elections.

Polls are only snapshots, of course. But right now they suggest there is very little chance of the Conservatives winning a majority. Current projections have the Tories winning around 280 seats, with Labour, facing near wipeout in Scotland, on around 270. Where does that leave David Cameron? As the leader of the party with the most MPs and the greatest share of the vote, but unable to form a government. That’s what the bookies say, at least. Betfair says its punters predicted the outcome of the 2010 election one month out. This week it has Ed Miliband as favourite to be prime minister, leading a minority Labour government that has the support of the SNP.

There were glum faces at the Property Awards last week when this prospect was entertained. “UK plc is going great guns - we just don’t want them to mess it up,” said one chief executive, summing up what seems to be the broad sentiment of the sector.

Some are more sanguine. The chief executive of one global property investor says: yes, Labour will likely be less business friendly; yes, they will be slightly more interventionist; yes, we will see the cost of doing business go up - but business will adjust. He says there is unlikely to be a “seismic reaction” from investors, who are far more focused on what the global capital markets are doing than domestic politics, and whatever the outcome of the election the fundamentals of the UK market will remain sound. “The UK is still going to look attractive to investors,” he says. “A Labour minority government doesn’t mean the UK is suddenly going to be as difficult to do business in as France.”

In any case, the smart money could yet be on the status quo. The bookies have another Conservative-Lib Dem coalition as the second most likely outcome - and the odds have shortened this week, amid talk of a late swing to incumbency. That won’t seem like much of a result for Conservative supporters, but for business it may well be the least worst of the probable outcomes - and it would at least have the benefit of continuity.

Moreover, as business secretary Vince Cable asserts this week, there is a much bigger risk to stability on the horizon than a mansion tax, rent caps, or a 50p tax: the in/out referendum on Europe, promised by the Tories. “The uncertainty that comes from the spectre of a referendum is deeply damaging,” Cable says. This is the elephant in the room for the Tories - and for business, it’s a big one. It is unlikely the pro-Europe Lib Dems would be able to veto the referendum in any post-election deal, but they would have an influence over its terms. “That would not be a bad result for business,” says the global investor. There would also be a neat irony in an outcome that saw the most unpredictable election in a lifetime merely reproduce the status quo.