“I knew you were trouble when you walked in,” laments singer Taylor Swift, referring to an unreliable boyfriend. 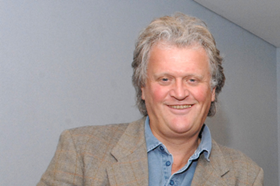 Her words summed up Wetherspoon’s view when Jamie Oliver took a restaurant lease in St Albans a few years ago at about double our rent per square foot.

It only takes one optimist to agree a daft rent and every tenant in town ends up paying something similar. It wasn’t just Jamie in St Albans. Dozens of restaurant chains followed suit, often opening together in the same developments.

A similar 1990s pub boom was followed by an inevitable crash. After the crash, rent reviews seemed to follow an insane upward trend, but Wetherspoon has agreed virtually no open-market rent reviews, either buying freeholds or taking new leases with fixed uplifts and break clauses.

Another danger of the concentration of new restaurants is that one good business can be tainted by a failed overall development. Restaurateurs, like pubs in the 1990s, are the victims of what investor Warren Buffet calls ‘the institutional imperative’ – if everyone else has opened in a development, it’s safe for you to do so.

Except it isn’t, of course. So Carluccio’s, Prezzo, Jamie’s and Byron, all subject to financial reconstructions, have often opened within a stone’s throw of each other, creating a circle of incompetence, or reverse alchemy. Meanwhile, nearby traders, often long-standing locals, have been victims of massive rent hikes.

Wetherspoon has normally (but not always) stayed away from these developments, wincing at the rents paid and congratulating ourselves on our foresight regarding open-market reviews. 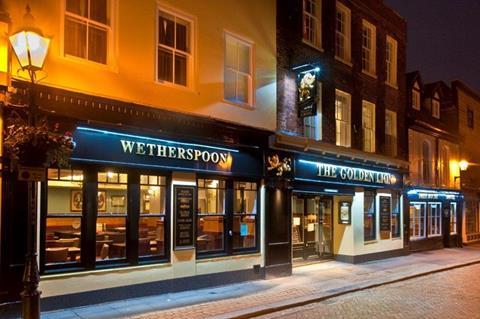 But we’re not as clever as we thought. One epicentre of rental insanity is the mainly retail Trafford Centre in Manchester, where some years ago, we agreed to take a lease of a failed restaurant at a rent of 10% of sales, or £220,000 per year, whichever was higher. Reviews would be at 10% of sales, or open market. We don’t normally agree to open-market reviews, but reckoned that 10% of our trade, which is normally far higher than rivals, was the maximum we’d be asked to pay.

But a year or two ago, just before branded restaurants started to collapse, a big pubco took a smaller Trafford Centre unit than ours at a higher rent, reflecting recent restaurant lettings – which it now deeply regrets. Based on the percentage of sales formula, we had been paying about £230,000 per year, slightly higher than the base rent agreed a few years back. At the review, the landlord’s surveyor argued that the rate per square foot, based on the most recent lettings, produced a £691,000 per year rent at our pub.

At arbitration, the market rent was determined to be £415,000, or about 20% of our sales – just enough to ensure that the pub makes no money. If Wetherspoon can’t earn a buck here, the dozen or so nearby restaurateurs are unlikely to thrive. One company has three restaurants in the centre and is reported to have lost £78m in its past year.

So what’s the moral of this saga? Blame greedy landlords, who are careless of tenant profitability, with inevitable ramifications for service and standards? Or blame surveyors, who should have created a system to limit the property industry’s chronic boom and bust tendency? Or blame the rigidity of rent reviews, which lack perspective or common sense and have scant regard for the avalanche coming down the mountain. Or you could blame operators like us for agreeing to such deals.

Whatever the answer, the property market is making a bad situation worse by pushing up rents in the teeth of a vicious restaurant recession and when three or four pubs a week are shutting.

In her song, Taylor Swift ended up “lying on the cold, hard ground”. Many restaurateurs and retailers now feel the icy blast and would bail out of schemes like the Trafford Centre – as would Wetherspoon – given half a chance.

Tim Martin is founder and chairman of JD Wetherspoon