Rolling the dice in the general election speculation game

An increasingly popular parlour game among residential research teams is guessing the impact on the housing market of the various permutations that could be thrown up by the general election. 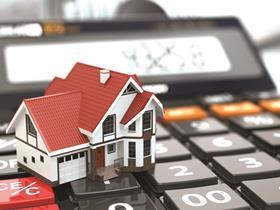 If it were held on the radio, it might be called I’m Sorry, I Haven’t a Clue.

I was having coffee recently with one such researcher in his company’s trendy West End offices. He was clearly excited by the variety of outcomes: he’d got to his sixth — or was it seventh? — permutation before noticing he had a meeting to rush to. And the Lib Dems hadn’t even figured in the mix.

This pre-election uncertainty, the greatest I’ve ever witnessed, combined with housing being a main political football is already manifesting itself in builders warning of (inevitably) ‘a game of two halves’, with subdued demand predicted ahead of May. What happens in the second half all depends.

A ‘messy’ outcome is generally considered the likeliest result. But let’s consider either a workable Conservative or Labour majority.

‘Better the devil you know’ is probably the likeliest view from both estate agents and housebuilders. They’ve done pretty well over the past couple of years, especially in London. And the builders in particular have benefited from a massive shot of Red Bull (or should that be Blue Bull?) in the shape of Help to Buy. But the industry already appears to be coming down from its initial sugar rush: this month’s trading statements from Barratt et al showed slower sales rates in the second half of 2014 than the same period a year earlier, when Help to Buy had just kicked off.

A second term of office (sans Lib Dems) might confront the Conservatives with the prospect of first-time buyers trying to move on from their Help to Buy starter homes and finding there are few takers at the prices they paid (a view this column has expressed before, so I won’t drone on). Add the requirement to repay their 20% equity loans after five years and the prospect of rising interest rates and accusations might start flying that the government had unwittingly sold thousands of voters a giant pig in a poke.

Surviving ministers might also start querying builders as to why they haven’t been building as many homes as they imagined they would as quid pro quo for the huge stimulus package, which so far appears to have stimulated their profits rather more than volumes that hadn’t already been in their plans. A possible illustration of government’s search for alternative models is that one minister and staff have been quietly planning a trip to the US to study ‘multi-family’ projects that could form the template for Britain’s embryonic private build-to-rent sector.

‘Worse the devil you don’t know’ will, for many, apply to Labour. If some of the threatened policies do see the light of day, serious disruption might result in housebuilding, land, rental and upper-end homes.

Not all policy utterances have gone unopposed within Labour ranks. Take Ed Miliband’s proposed caps on rental increases and longer, more secure tenancies. Shadow housing minister Emma Reynolds’ spin doctors have let it be known that Ed’s comments had been “misunderstood”, acknowledging too much regulation could strangle the growth of a private rental sector.

A harder line to shake off is Miliband’s “use it or lose it” threat to “firms sitting on land”. Councils would be able to charge fees for not building on consented sites or, ultimately, issue compulsory purchase orders. Depending on the extent of these threatened powers, this, I have heard argued, could undermine the concept of ‘strategic’ land or buying sites on option. This has been, for years, a flexible and relatively cheap source of sites for builders. Removing some of that flexibility could reduce demand for strategic plots and push it up for consented ‘oven-ready’ locations, thus compromising viability and housing delivery.

As to the prospect of a mansion tax on top of a progressive stamp duty rate peaking at 12%, this is only supposed to hit homes in the million or so plus bracket. But the unintended consequences could reverberate far lower down the feeding chain. Any suggestion that this might be quietly dropped receded somewhat when new Scottish Labour leader Jim Murphy promised to “tax houses in London to pay for 1,000 new nurses in the Scottish NHS”. Without telling Ed.

This, ironically, could become a bargaining chip in one of the more likely outcomes, a coalition, in this case between Labour and the SNP. More funding for Scotland (supported less now by oil revenues) could be demanded, alongside a post of devolution minister (or ‘devo min’) promoting ‘devo max’. Cue a period of uncertainty, always an impediment to a healthy housing market.

Even more insecurity could result from a Tory-UKIP accommodation. The prospect would then loom of an early European referendum, which would unsettle large parts of the financial market with, no doubt, an impact on the London market (and an exodus of Polish brickies).

An even closer result in May could lead to the electoral equivalent of ‘neverendum’. In which case, the only game potential buyers will be playing is… the waiting game.