The takeaway food revolution took a fascinating turn in 2017 with the launch of  Deliveroo’s Editions concept; hubs of commercial kitchens occupied with the sole purpose of cooking meals for delivery customers.

Inside the bustling kitchens, custom-built for the likes of MEATliquor, Franco Manca and Gourmet Burger Kitchen, orders are being taken and meals prepared for  customers within a 2-mile radius.

This isn’t the first time a purely kitchen-to-delivery business has sprung up. Many will remember Deliverance, which traded from the late 90s up until its collapse into administration in 2015.

The key difference, however, is that Deliveroo supplies customers with meals from what are already their favourite restaurants. The new Editions kitchens are allowing them to do it more efficiently and prolifically.

For many mainstream operators, these so-called “dark-kitchens” conveniently draw delivery orders away from the dine-in restaurant, easing the operational strain in peak times. For independent, growing brands, the spaces are a cost-effective way of testing demand in an area without having to invest heavily in bricks & mortar. 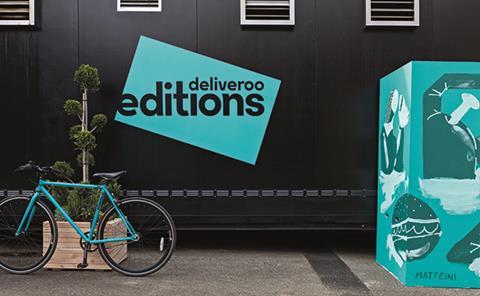 The kitchens are typically built on disused land, car parks or inside industrial buildings and are revitalising sites that have, in many cases, sat redundant for several years.

“The concept has been very well-received by landlords with assets that don’t generate any income, such as derelict plots of land and empty warehouses,” says Patrick Weiss, acquisitions manager at Deliveroo Editions. “In other cases, such as Whitechapel, we’ve totally upgraded the building both internally and externally.”

The property requirement is data driven. Deliveroo know exactly where their customers are, the amount they spend, the frequency at which they order and the types of cuisine that are most popular in an area. From the fledgling operator’s perspective, this can lower the risk of venturing into uncharted territories and drive sales up as much as 400%.

Deliveroo, most recently valued at £1.5bn, are blazing the trail. Their recent acquisition of US start-up Maple is a strategic move to beef up the tech sitting behind Editions.

Find out more - The gig economy: a new space race 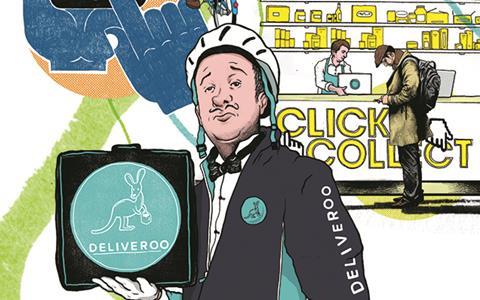 Other businesses also see the potential in acquiring kitchen spaces exclusively to fulfil meal delivery. Twisted, one of the leading online food recipe video channels, are followed by 9.3m people on Facebook and in November 2017 launched their first kitchen in Aldgate East. Customers can now enjoy food that previously only existed on their phone and computer screens.

Rumours abound that one or two established restaurant chains are considering their own commercial kitchen spaces with a view to bringing the delivery function entirely inhouse.

Whilst Deliveroo are currently setting the pace, they will no doubt have one eye on the likes of Just Eat, UberEATS and Amazon Restaurants. One thing is for certain, things are starting to heat up in the kitchen.