Consider a recent RICS survey headline: ‘Punishing time for retail continues’. The report provides a dire prediction for high-street retail. Declines in demand have triggered sharp increases in available space. The outlook for retail hasn’t been this bad since the recession, suggests the survey. 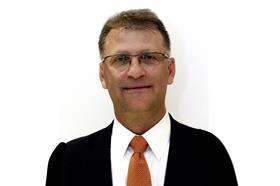 Compare this to a forecast for the science and tech (S&T) sector. Tech is growing 2.6 times faster than the wider economy, increasing employment by more than 13% since 2014 (Tech Nation Report 2018).

Additionally, a government report says we have one of the world’s most productive health and life sciences sectors, contributing £70bn to the economy and employing almost 241,000 people. The recently announced JV by Bruntwood and Legal & General, creating a property company targeting S&T occupiers, is testament to this.

With retail and S&T operating at opposite ends of the spectrum, we must ask commercial property managers and developers the question: should we still expect retail to fill so much of our mixed-use commercial buildings? Wouldn’t it make sense to design and market them for S&T firms instead?

Now, more than ever, we need to look beyond retail. For many existing and upcoming developments, S&T may provide a viable solution.

Development is changing beyond just retail. The highly tailored – yet limiting – single-function building will become a rarity as developers are forced to consider multi-purpose buildings that are demonstrably more flexible in adapting to new uses. 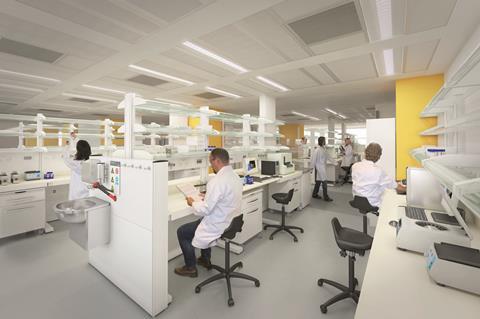 Commercial landlords at the front line of tenant trends are already exploring how buildings can be adapted for emerging and ascendant industries. Although some commercial stock may not work (for example, buildings designed primarily as offices may lack the floor-to-ceiling heights some laboratories require) many existing buildings could house research and tech enterprises with retrofitting.

For new-build – especially projects located near tech and research hubs such as London’s White City Campus – it would be smart to design a percentage of space to laboratory specifications.

If a science tenant isn’t found, these spaces can be easily fitted out as offices. In contrast, modifying existing offices for lab use is more challenging. Beyond the space dimensions, labs often require enhanced venting systems. However, S&T firms bring their own risks when incorporated into mixed buildings.

Financially, they can be volatile tenants. Start-ups might go years without a reliable revenue stream while they develop and market new products. Even established organisations can quickly arrive at the brink if a competitor releases a better technology, drug or other discovery.

Office occupiers might also be opposed to working next to S&T firms due to real or perceived biases, ranging from differences in business culture to fear of biohazards.

To allay some of these concerns, the government could incentivise developers by offering tax credits or a special dispensation on business rates. This would convince both start-up and established companies they are in a partnership to bolster the UK economy. Moreover, it would immediately create more space within the community for promising firms in life sciences, pharma, software development, nanotech and robotics.

When more is expected of our built environment, we must explore alternative forms of development that speak to the future and the present.

It’s no exaggeration to say that the S&T sector is already changing the development landscape. Going forward, it makes sense to hedge our bets by looking at alternative forms of development and partnerships.