Shaping Cities: how the cities of tomorrow will be intelligent, sustainable and data driven 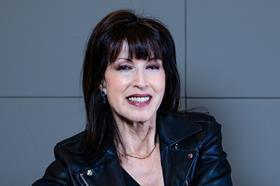 We thought long and hard about the panel for our inaugural Mishcon de Reya Shaping Cities seminar. We wanted each of our panellists to approach the urban agenda from a completely different viewpoint.

The scene was set by Hargrave, who gave us a canter through the key trends and direction of technological change in the built environment. I noted afterwards that among his many attributes, Hargrave is a Futures Fellow at London Transport Museum! He took us quickly through the megatrends likely to disrupt businesses; changing age demographics, climate change and autonomous vehicles and how these will impact cities. He also flagged what he termed as ‘weak signals’ that we are picking up from other cities and sectors as an indication of what the future may bring.

In terms of the ageing population, for the first time we have more people in the world over 65 than children up to the age of five. In some cities the population is shrinking and ageing at the same time, which affects transport income, as pensioners are often given subsidised fares, and the need for transport accessibility. Climate change and rising sea levels were flagged as very high up the risk agenda. In Shanghai, Hargrave told us, 80% of the population could be affected by flooding. We now have tools to measure ‘the new norm’, so can do more to predict flooding. We also have data to predict how a city is working. One example is the journey planner app Citymapper, which now runs a London bus route where demand is based on data collected.

Hargrave also warned of the potential unintended consequences of data collection ­– in Amsterdam, the unnerving winner of a competition for the best use of city data collected was an app that showed the best houses to burgle on the basis of criteria such as distance from a police station, adequacy of street lighting and so on. He touched on ever-improving facial recognition technology – 400 million CCTV cameras are being installed in China over three years, he said. How will that impact on privacy and the law? Finishing on the topic of autonomous vehicles, he predicted that 90% of city parking will not be needed in the future, so car parks need to be designed for quick repurposing.

We then heard from TfL’s Graeme Craig on its plans for one of London’s largest and most valuable property portfolios, including bringing 5,000-plus homes to market in the next 12 months. This will be the start of its build-to-rent portfolio, which it hopes to build to more than 10,000 units. Craig then turned to Morden on the Northern line, which has 20 acres earmarked for a new town centre – a unique opportunity to define what a suburban town centre will look as this is set to be the blue print for multiple town centres. There are also plans to partner with a telecoms operator to bring 4G to all TfL’s stations and for a logistics strategy for its 5,000 acres. Craig concluded after a relatively short address as his Apple watch, which had been set to vibrate so he didn’t exceed his allotted speaking time, apparently vibrated. He then discovered that the watch was simply notifying him that he had done his required exercise for the day – an appropriate anecdote for our tech dependent times!

Next up was Tushar Agarwal, co-founder of Hubble, an online platform to aggregate office rentals. Alongside co-founders Rohan Silva and Tom Watson, he saw an opportunity at a “time of extraordinary growth in the flexible office sector”. They also noted that traditional office agents were not interested. These days the office sector looks much like the hotel sector, with some well established brands plus a tail of independents. Agarwal sees Hubble now as “the booking.com of the office sector”, aggregating and facilitating lettings at scale. As a result, Hubble are picking up data on behaviour and using AI to create the experience of property agency.

The final presentation was from Anita Rivera, head of Mishcon’s planning group, who declared that she aimed “to stir things up a bit!” She pointed out that as far as the legal aspects are concerned, regulation is the driver but at present progress is outpacing regulation. All your data is available online so “if you don’t regulate properly, it’s ‘Big Brother’ and it’s bad”, she said. Dependence on cloud infrastructure, which can be located anywhere in the world, brings risks of hacking and cybercrime. There will be issues around who owns the data, she added. “Data brings huge benefits but we will need robust legislation to regulate its use.”

One of the questions raised in the Q&A session, chaired by Mishcon partner and data expert Adam Rose, concerned the tension between the public and private sector as to who would pay for automation. Craig pointed out that TfL gets no operating subsidy from government and that the road network is subsidised by tube passengers. “I don’t buy into public versus private – it’s too binary,” he said. He also explained that TfL depends on the private sector, explaining that it will not be a developer or telecoms company but will enter into a series of partnerships where TfL put in the assets but need the skills and resources of the private sector. “We have seven joint ventures up and running. We aim to share risk side by side with the private sector and share upside. This is how it should work. We need to be lateral in our thinking,” he said.

Having outlined the exciting opportunities ahead of us to shape cities and make the most of technological changes, the panel agreed that although regulation was needed it must not be allowed to stifle innovation.