Short-term solutions to housing crisis simply plaster over the cracks

The government has announced that by early 2017 all local authorities must produce an up-to-date local plan. 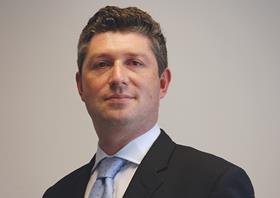 While the general terms of this announcement will be welcomed by the development industry as well as local communities, it does not go far enough to ensure the certainty that the industry requires.

The government has also said planning authorities that do not meet this target date will have their plan-making powers taken away and that the local plan would be developed by the Planning Inspectorate in conjunction with local communities. However, this deadline does pose challenges to developers and local authorities.

Delays in bringing forward local plans have been cited as one of the key constraints to housing delivery. These delays have not only led to significant under-delivery of housing, but also to a rise in ‘planning by appeal’, which has substantial cost, timing and resource implications for developers and local authorities. Having an up-to-date local plan in place could reduce the number of planning appeals submitted, releasing planning officers to deal more effectively and efficiently with planning applications.

However, local authorities are under-resourced and the prospects diverting resources away from determining applications to plan-making is likely to put even more stress on stretched planning departments. This could lead to shortcomings in the submitted local plans, delaying their adoption even further.

It has also emerged that the secretary of state has written to the chief executive of the Planning Inspectorate, allowing inspectors to recommend adopting local plans with ‘shortcoming’ and enabling early reviews of plans.

All of these measures demonstrate the government’s trend towards short-term solutions to the housing crisis that plaster over the cracks, rather than a strategic and measured approach. This is likely to lead to more planning by appeal, piecemeal developments and lack of strategic infrastructure to meet local needs.

Asher Ross is a director at Boyer