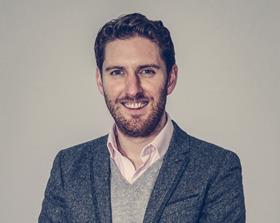 This is by far the biggest deal so far in the broader UK proptech universe and warrants further analysis. Before speculating on the direction ZPG might take post acquisition, it’s helpful to consider the context of the deal.

Firstly, Silver Lake is a tier-one American technology-focused private equity firm with $39bn (£29bn) under management. It holds or has exited investments in Alibaba, Tesla, Skype, Zygna and Symantec. It is not looking to make small bets on unambitious management teams.

Secondly, ZPG has an excellent management team, led by Alex Chesterman. The team has a proven track record of execution, including smart mergers and acquisitions and responding well to competitive threats. In addition, it is important to realise that ZPG is not just a portal business; it is a diversified property technology business including portals (Zoopla and Prime Location), comparison websites for utilities, mortgages and other products (uSwitch, Money.co.uk), agency software (PSG) and data (Hometrack).

Zoopla’s diversification strategy, which was started out of necessity (against the dominance of Rightmove and the possible competitive threat of OnTheMarket), has been very successful and created a huge cross-selling machine.

Furthermore, the acquired businesses were bought at sensible multiples that when examined with the benefit of hindsight, after growth and cross selling, look cheap.

Thirdly, companies often ‘go private’ in order to make changes that are too radical, ambitious or long term for the public markets to tolerate.

Given the above, I think it is fair to assume the new ZPG/Silver Lake team will have big ambitions. For the UK property industry, this means more change. For the UK proptech industry, it’s exciting, because very large amounts of American capital has landed for the first time, dwarfing the mostly small sums invested by British investors to date.

What’s next for Zoopla Property Group?

Here I lay out some thoughts as to what direction ZPG may take over the next three to five years. These are in no particular order, but hopefully present some interesting food for thought:

Of the above, the first point is probably a given – almost ‘business as usual’. Regarding points two to five, of course I do not know what Chesterman has planned, but it’s a safe bet it will have far-reaching implications for our industry.

Andrew Miles is chief executive and co-founder of Realla