Sloppiness and misinformation on energy standards helps no one

You may ask yourself what is it that has motivated someone to write yet another article on minimum energy efficiency standards (MEES for those who feel compelled to slap an acronym on it). 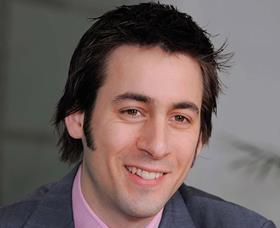 The property press has been chock-a-block with them over the past few years, and they broadly say the same sort of thing. Indeed, having written a good few myself (hopefully some good!), even I admit to beginning to find the subject matter a little tiresome.

I’m not going to examine the ins and outs of the regulations here; there are plenty of legal summaries and guidance notes out there for that. No, the intention of this piece is to call out those who are falling short of their professional responsibilities, and there are two key reasons that I think it is merited.

First of all, I still read in the property media hyperbolic tub-thumping about the impending apocalypse for commercial property owners who hold assets with poor energy performance certificate (EPC) ratings. I read an article recently which said that leased properties with an F or G rating would need to be vacated when the regulations are introduced in 2018. That’s claptrap, and it winds me up that people are being fed this misinformation. I feel the print media equivalent of wanting to throw stuff at the telly. So message one is beware the falsehoods, and check the so-called facts carefully.

Second, and without wishing to succumb to hyperbole myself, I continue to be staggered by how poorly prepared some are for the significant impacts of MEES. We are already seeing deals held up, prices chipped and lease terms challenged, yet there are some (probably many) who don’t have the basics sorted. An example: on a recent transaction of an industrial asset with which I was involved, the vendor’s managing agent (a well-known name), could not confirm which EPCs, of the few it had provided to our client, corresponded with which buildings or tenancies.

This really is schoolchild stuff: all because no one had taken the care to ensure that information on the EPCs (such as unit numbers, floor areas) corresponded with the tenancy schedule, no meaningful view could be given on the income risk and capital expenditure implications. Without accurate information, the purchaser has a near-blind view on the potential level of risk. It’s no wonder that deals are being delayed.

So, message two, for anyone managing assets or looking at deals, is to make sure that your house (or that of your agent’s) is in order. This should be seen as nothing more than competent asset and investment management. Some EPC assessors, as well as their accreditation bodies, need to be upping their game too. Certain institutions have begun to consider and, in at least one case, commenced instructing solicitors where negligent EPCs have been provided. EPCs are no longer a mere licence to transact, but carry value (and value risk) in their own right.

Jon Lovell is co-founder of Hillbreak