Small is beautiful for investors

The sheer size and sophistication of new distribution sheds means they tend to receive the most attention. 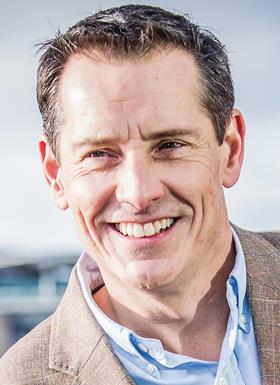 However, the pace of structural change is also having far-reaching consequences for the smaller end of the market.

Over recent years, we have seen a palpable rise in demand for small premises from SMEs, trade counter distributors and those operating last-mile delivery hubs. Despite a scarcity of good-quality supply, funds had been slow to respond, preferring to invest in the perceived safety of scale that larger distribution properties offer and ideally those with pre-lets.

But the response from funds is now emphatic, largely thanks to big increases in rents, especially in London and the wider South East. Seemingly from nowhere, rents have risen by more than 25% in a host of markets over the past three years, and this had been crucial to the viability of developments.

As our Shed Hot report reveals, there has been a notable shift in speculative development towards smaller schemes. The volume of units under 50,000 sq ft built speculatively more than doubled between 2015 and 2017, from 1.6m sq ft to 3.5m sq ft. 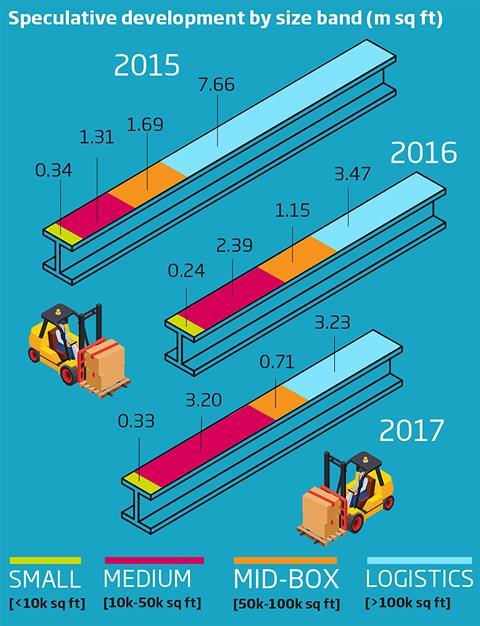 The key players are diverse, but increasingly funds such as Aberdeen Standard Investments and LaSalle Investment Management are forming joint ventures with developers to create smaller units. Kier Developments is also a major player in this arena and is known for self-funding and partnering – it has schemes in Oxford, Reading, Watford and many other locations.

Think of the occupier

Chancerygate, meanwhile, has tended to sell projects during or near the end of development.

And funds are also buying schemes with rental guarantees on vacancy levels up to 50%, such is the appetite to invest.

Let us spare a thought for the occupier. Recent rental growth shows that some are clearly demanding and prepared to pay for quality. This is true of trade counter companies and SMEs, where the premises may be a hybrid distribution/storage unit and a shop front.

However, in markets where there have been step-change rent rises, costs are increasingly burdensome for many occupiers. We have already seen countless examples of displacement over the past two years, particularly in London and the surrounding counties, as occupiers opt to move to locations once seen as being less desirable to secure lower costs.

Inevitably, this is prompting rental growth to ripple out into secondary locations and while this is more good news for landlords, funds and developers, planning authorities must ensure that local areas continue to offer appropriate employment land opportunities for the long-term effective functioning of the local economy.