Strong rental market is attracting increased investment in the north

The owner-occupied market typically gets all of the headlines regarding the impact of economic and political shocks - but we know the rental market is also affected by the risks associated with these outcomes. 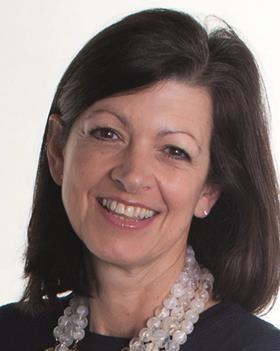 Supply and demand for rental property is influenced by a number of things: demographics, changes to policies on tax, developments in the owner-occupied sector - particularly in property prices - and wider economic conditions.

For example, the introduction of the 3% stamp duty surcharge in April last year led to a short-term surge as people intent on owning additional properties did so ahead of the tax change.

Arguably this added to the supply base in London and the south in particular - which in turn softened rental growth.

Overall the prospects for the rental market are fairly healthy and robust, but there are some risks. These are mainly to do with regulations and policies affecting landlords.

The uncertainty about the availability of credit and additional taxation on purchase, sale and ongoing tax reliefs is still to play out. Wider uncertainties about economic performance, particularly growth in wages and employment, are also crucial. 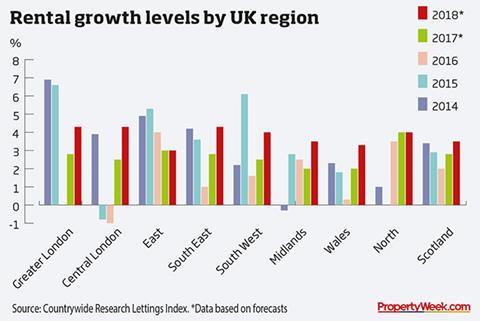 Additional supply coming to market in 2017 will also help to subdue rental growth in the face of strong demand. But that doesn’t mean we expect rents to fall, because there is still likely to be strong demand for rental property.

With the possibility of tighter household finances, the incentive to take on additional debt and buy a home is reduced, pushing demand to the rental sector and helping to further support increases in rent.

In 2016, rents held up better in the north of the UK than in the south, reversing the trend of previous years. Data from Countrywide’s Lettings Index shows that November’s annual 2% growth in the average rents was driven by northern England, where rents grew by 4.7%. 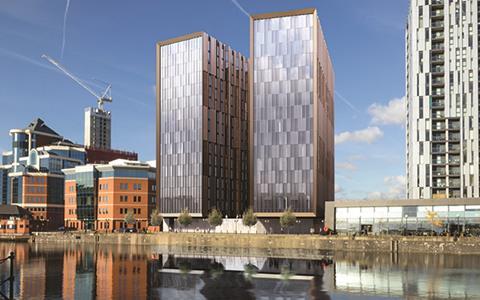 Taking the North East, North West and Yorkshire & Humber regions together, rents have risen faster there than in any other part of the UK.

In November last year, 25% of tenants renewing their contracts in northern England saw their rents increase 16% on the same month in 2015. That says something about the balance of supply and demand in the north and suggests that there is still room for healthy yields for investors.

Those investors are not confined to the buy-to-let sector either. We are at last beginning to see the growth of institutional investment in build-to-rent developments. The expected growth in rental income means that yields are attractive, particularly given the lack of alternatives. As a result there is a large increase in interest in new developments in the north.

In Liverpool, for example, there are at least seven build-to-rent schemes under construction or in the planning stage. These have the potential to provide around 2,000 city centre rental apartments by 2020.

This increase in institutional investment in city centre apartments is common in most of the UK’s major cities, particularly Leeds, Manchester, Birmingham and Newcastle.

This year we expect rents to rise in line with incomes across the country. There will probably be regional variation, though, with rents rising in London and the South East but cooling in the east as demand there falls away.

Further north the balance of supply and demand will be key, but in urban centres in particular the rental market will remain important and that will help to support rents and returns for investors.