Tackling scarcity of land for sheds

Industrial and distribution development boomed during the mid-2000s and claimed some major scalps by the end of the decade as oversupply and reduced demand from customers combined to hit the market. 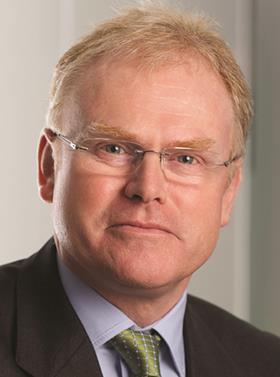 Conditions are completely different now, however, and one of the biggest challenges investors such as SEGRO face is scarcity of land for development, particularly in London and the South East.

We shared our thoughts on this with analysts at our recent London portfolio investor day on 5 May, when a well-attended event took in our Origin development at Park Royal, the Brompton Bicycle factory at Greenford Park, the Royal Mail international distribution centre at Axis Park, Langley, and the newly developed DHL airport hub facility at Poyle, near Heathrow.

What struck me as we toured these sites with our guests was the sheer diversity of customers and activities that SEGRO now accommodates: from independent grocer Mash Purveyors and food producer Wasabi at Origin, to high-end engineering and assembly with Brompton and two logistics giants highly focused on ecommerce parcel deliveries (the move from letters to parcels is Royal Mail’s biggest challenge).

Even as recently as 10 years ago, this simply wouldn’t have been the case, leaving industrial and distribution property, even in the capital, far more vulnerable to downturns in certain sectors of the economy.

At the same time, we explained to investors that in the past 30 years there has been nearly a 50% reduction in London industrial land, and that this trend is expected to accelerate, with the Greater London Authority (GLA) estimating a further 33% reduction over the next 25 years.

Mash Purveyors, for example, relocated to Park Royal from Nine Elms, having been displaced by redevelopment, mainly for residential use.

With London expected to grow by around 100,000 people per year for the next 15 years, the need for a supply chain to support this expanding population is obvious.

So how will we address rising demand for industrial and distribution space from a broad range of uses and increasing number of people against a backdrop of limited development land? I believe there are three answers.

First, the GLA will need to safeguard existing industrial land. Of course new homes are important, but there is no point carpeting the capital with new housing if there is nowhere for people to work close by. Hopefully the new mayor of London is listening.

Second, developers and councils need to work together on a formula to allow for intensification of land use. With many of our customers asking for additional yard space, there is even more pressure on density and we are now exploring multi-storey development in London as a possible solution.

To that end, we were delighted to unveil plans in March for 1.4m sq ft of east London development through our East Plus joint venture with the GLA. This will mean that we deliver developments over a 10-year period - the largest deal of its kind between the public sector and a private developer in the capital.

Industrial and distribution development has a great future in London, but the public and private sectors will have to be increasingly creative to meet huge new demand.