Retail real estate could be on the precipice of an enormous structural change. 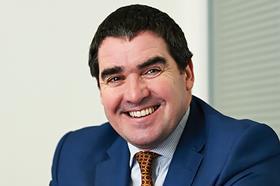 Precisely how the sector will evolve is hard to call, but it is reasonable to assert the following:

Why do we expect a step up in change, to the point of a possible breakdown of traditional ways of doing things? One does not need to be a real estate rocket scientist to see the processes that are driving retail, which seem to be structural in nature.

The key force, of course, is technology and the rise of online, which now accounts for 25% of UK non-food line sales – one of the world’s highest participation rates. We see this building for the foreseeable future.

The pressure on store-based retail from online is well understood and inexorable, but other noteworthy processes are under way, highlighting a paradox for the UK consumer economy. Despite all the negative discourse, particularly from the BBC and the FT, which are still in pre-Brexit-vote mode, while the UK consumer economy has challenges, it has also been in far worse shape before.

Employment is high. Living standards have slightly fallen in recent years but not collapsed and are set to moderately improve as the Consumer Price Index eases. We expect two 0.25% interest rate rises in 2018, but the cost of money remains low and although higher mortgage rates will hurt some, we need to sustain a sense of perspective.

So, alongside the online juggernaut, changes to people’s views of ‘goods’ are an equally important factor behind retailers’ woes. As Next boss Lord Wolfson has noted, in spending more on experiences (services), households are buying fewer goods in shops. Particularly sacrosanct is keeping money aside for holidays and breaks. This feels like a firm change.

Other factors that influence goods purchases are less obvious. One big outcome of the ‘China effect’ of cheaper goods over the past generation is that many households have bought so much stuff that their wardrobes, attics, garages and sheds are full. This is a real issue for Middle Britain and a mass clear-out is required before new ‘stuff’ can be bought. 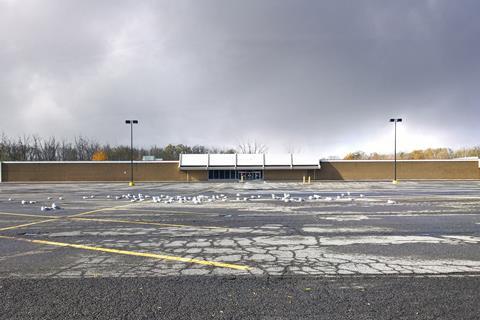 Will shoppers return to empty car parks or has there been a permanent shift in consumer mentality?

Many older homeowners seem to be taking an ‘if it ain’t broke, don’t replace it’ approach, so replacement cycles for many goods, from clothes to cars, appear to be lengthening. Meanwhile, many people under 30 cannot afford to jump on to the homeowning ladder, with all the consumption that follows, so seem less materialistic; they prefer a good time to collecting things.

Technological, shopper  and cost changes are a perfect storm for many big retail chains

If households had a windfall, some dosh would no doubt find its way into non-food shops. But those shops now have to compete with many more areas, from holidays to digital communications (wifi, satellite TV, mobile telephony etc).

Good shopkeepers have a bright future, but non-food stores are evolving into showrooms and service centres, as opposed to the traditional shopping model. Many retailers that have stocked stuff that people seemingly happily bought are being found out, as new entrants, online and offline, challenge often boring and standardised chains.

Many retailers are closing stores and some are going bust, as not just rents but business rates and state-sponsored labour costs (the National Living Wage, the Apprentice Levy and auto-enrolment) compress trading margins to breaking point.

Landlords tend to be pretty switched on, but technological, shopper and cost changes represent a perfect storm for many large, long-standing chains. There is nothing new about retailers being in trouble, but these could be revolutionary times for retail real estate, and more structural changes could be coming to the way the British property sector has traditionally done business.