The key to creating a successful prime retail destination is to look beyond the traditional retail formats and secure the ‘star’ retailers and latest food concepts. 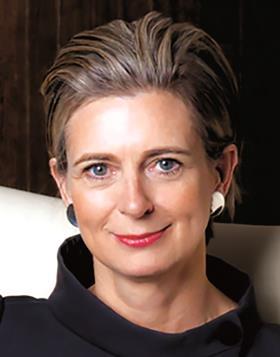 This will ensure these assets are differentiated from the competition, provide the widest choice for the customer and guarantee economic success.

It should be recognised that it can take three to five years to build trust with these star retailers, but securing these brands will add significantly to overall sales.

What are the qualities a landlord should look for in a retailer? The successful and international star retailers are those that have a clear strategy and embrace the myriad opportunities presented by the merging of the physical and multichannel worlds. The US internet-based retailer Amazon has opened its first brick-and-mortar retail store in Seattle.

While the fit-out is similar to traditional book stores, Amazon uses a range of data such as product searches and customer ratings from its online platform to select book titles and stock up its book store.

Examples of other star retailers include Apple, Victoria’s Secret, Tesla and Missguided. Star retailers also include those that help to differentiate the mix, for example Smiggle, T2 and Warby Parker.

These retailers are quite specific about their requirements before making any commitments. A scheme or district that focuses on producing new concepts, exciting environments and a tenant mix complementary to the brand will entice and attract the stars.

The transformation of the Haymarket area and the new St James’s Market in London being developed by The Crown Estate has been instrumental in attracting Dover Street Market to relocate to a 30,000 sq ft store. This move will be pivotal in attracting other distinctive retailers to the area.

Unibail-Rodamco’s 750,000 sq ft Polygone Riviera Lifestyle Centre opened on 22 October 2015 showcasing the first of Unibail’s ‘Designer Gallery’ concepts. The Designer Gallery is aimed at premium and international retailers and concept stores and focuses on the quality of the environment, the level of service and the merchandising mix.

The anchor store Printemps houses the luxury retailers, while the Designer Gallery comprises brands such as Reiss, Lacoste, Georges Rech and Grand Playground, a concept store from Lille.

Another example of a developer leading the way for the future can be seen at Triple Five’s 3m sq ft American Dream retail and leisure project in New Jersey, US, opening in 2017.

Triple Five has already signed a 130,000 sq ft SAKS department store. This will anchor The Collections, a contemporary-designed mall where Hermes has also signed on a two-level 8,000 sq ft store.

Another star retailer is the famous toy shop FAO Schwarz, which is leaving Fifth Avenue to take a 58,000 sq ft flagship store in American Dream.

Successful retail destinations also have to offer an experience beyond pure retailing. One impact of the newfound consumer expectation on the physical environment is the growth of the food sector.

Food halls, indoor markets dedicated to local food sellers and artisans, are on the rise and capitalise on emerging trends such as local sourcing and social dining.

Unibail-Rodamco launched the ‘Fresh’ concept at Les Glories, a prime shopping centre in Barcelona. It recreates a typical market and mixes the know-how of local craftsmen with products that reflect the history and the heritage of the region.

In summary, it will be those landlords who look beyond the traditional retail concept, invest time in attracting the star retailers and put the customer experience at the heart of their business who will create the winning destinations.