The Big Apple stays fresh – even when tough times bite

In about 1994 or so, I had the opportunity to have lunch in New York City with the head of one of the most famed and well-capitalised investment houses in the US. 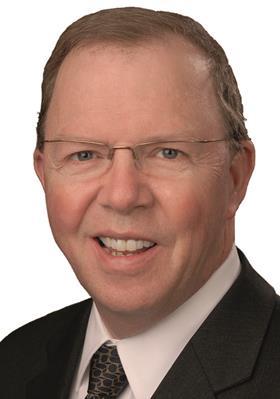 The guy was a wreck.

He was convinced that the city’s global prominence had, at last, come to a screeching halt in the aftermath of a recession that had run some four or five years - alongside a withering crisis in the city’s savings bank sector, a nasty property sector downturn and a naggingly high murder rate.

And while, relatively, the rest of the country was doing surprisingly fine, New York wasn’t.

I remember what he said: “I don’t feel like New York is ever going to gain back what it lost.”

The next day, I sent him a message telling him why I thought he was wrong.

When market conditions seem disturbingly dreary in a long-dominant city, it can be easy to lose awareness of the underlying strengths that have made this very dominance possible over decades, or maybe even over centuries.

During tough times, we may forget that New York has long been an extraordinary centre of commerce, a dynamic city unlike any other in the US - that can indeed be described as “the London of the US”. It’s a place that’s not only able to recover, but in fact can go on to create something exceeding that which had existed before.

Since 1995, the local economy has more than doubled in size

New York’s economic structure has repeatedly changed over time. It’s always been a hub of various industries, but few today know that New York’s economy had been centred upon sugar manufacturing.

Sugar cane couldn’t stay viable enough to make the trip up from the Caribbean and over to Europe in time for proper processing. Ships had to stop here, where the cane was refined.

Succeeding generations then witnessed the ascendancy of such sectors as financial services and garment manufacturing. And while finance remains strong, New York is now a world-class centre for technology, media and web-based industry.

Since 1995, the local economy has more than doubled in size. There are today only 10 countries worldwide with economies larger than that of New York City’s metropolitan area. Total employment is at an all-time high, with about a million more people working here than 20 years ago.

And as job availabilities have risen, so has the city’s population: some 8.5 million people now call New York City home, compared with 7.6 million 20 years ago, an increase of nearly one million people.

A healthy economy combined with New York City’s rising attractiveness as a place both to live and work have had a huge impact on property values. The city’s finance department reports that the market value of all properties in New York - encompassing both residential and commercial categories - topped $1.0trn (£8trn) for the first time in history in the latest assessment, undertaken in 2016. That’s up more than 250% since 1995.

Moreover, New York has a more diverse and service-oriented employment base today than it had two decades ago. The city is less dependent on the financial services sector than it was in 1995, when that industry’s jobs amounted to 14.6% of overall employment.

In 2016, that percentage had declined to 11.1%, a 24% reduction, although the proportion of financial jobs still stands considerably higher than the national percentage of 5.7%. 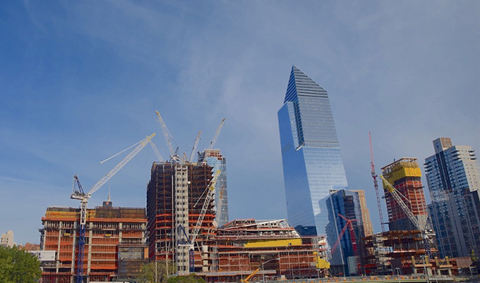 There’s something about New York that, like London, seems to attract the best and brightest from all around the world. The city also benefits from its sheer economic mass.

Despite the woes of the day, great cities like New York and London always seem to possess the resources they need to remain great.

They thrive on their current economic mix, yet can also rely upon a human and physical infrastructure that will allow for the creation - and success - of tomorrow’s new industries.