The Cinderella sector is finally invited to the ball

This was the year when Cinderella truly went to the ball, when investors woke up to the rapidly increasing crossover between logistics and retail, when speculative development activity stirred, and rental growth forcefully emerged. 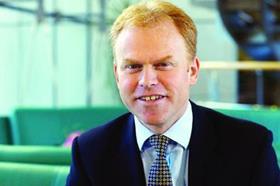 ‘Cinderella’ is how the wider world had traditionally seen industrial and logistics, until a wall of money began chasing the sector. The result, according to the Investment Property Forum, is that industrial will generate 15% plus total returns in 2015, through capital and income growth.

Colliers’ latest research, From Sheds to Shelves, encapsulates the changed sentiment. Having once been seen as a low-priority alternative, industrial is now seen by investors as a longer-dated income play that offers a far higher income return than bonds or gilts. The pivotal role warehousing is playing in the rise of ecommerce is key to this.

Analysts Springboard reported shopper numbers down by 6.5% in UK stores year on year on Black Friday. By contrast, data from PCA Predict showed online activity up by 28%, with John Lewis reporting huge online traffic growth, Amazon transacting its highest number of shoppers ever and ecommerce pure-play AO.com also booming. While this doesn’t bode well for physical stores, the trend is excellent for sheds.

We have already seen industrial development pick up this year. In London, the South East and Midlands ‘Golden Triangle’, more speculative space added to new supply but the increased quantum is coming off such a low base it has crystallised rather than inhibited rental growth.

Another positive trend has been the revival of some previously overlooked markets, led by east London. The significant infrastructure improvements in the east enable servicing
of the City’s centre and area of fastest population growth.

In 2016, we should expect new grade-A supply to continue to grow in proportion to rising demand. The occupational cycle is behind the investment market so sustained rental growth will remain a key feature. Colliers’ research concludes that over the next 25 years the UK’s ‘digital urban population’ - people living in towns and cities familiar with online retail - will rise by 48%.

This will inevitably mean retailers will need to continue to re-engineer their supply chains to a few giant hubs in the centre of the UK, with smaller ‘urban logistics’ units to satisfy last-mile delivery nearer to customers. Colliers estimates that 15m sq ft of annual demand, purely triggered by etailing, could result.

I hope 2016 will be the year politicians appreciate the role industrial and logistics property can play in the economy. We are all concerned about the housing crisis, but it is important to remember that, according to recent BPF research, logistics adds £100bn a year to the economy and employs 2.2 million people.

A New Year’s resolution is needed to preserve industrial land to allow for jobs alongside the new homes that we need. We are also expecting major progress from Lord Adonis’s National Infrastructure Commission, and hope it accelerates strategic improvements that help our sector thrive, such as rail-freight interchanges.

And, while seasonal, it would be great to see the pantomime over a decision to expand Heathrow finally end. We cannot continue with a constrained international hub. The recommendation from the Davies Commission was clear and unequivocal - let’s follow it.