The co-working phenomenon is no fad

As with any boom, the bust is never far away. Such is the case with the co-working phenomenon, some say. 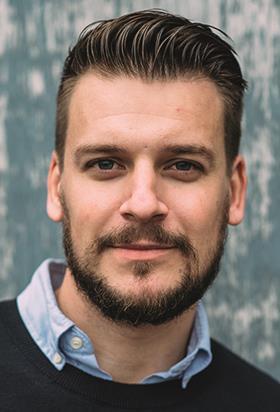 The number of co-working operators has ballooned and now there are murmurs that enough is enough. However, though there are challenges to the sector, the current seismic social shift means that it has a long way to go yet. What we will see is a gradual, clever and reactive evolution.

One of the arguments against the sector is that there are now just too many operators; that the market is saturated and there are co-working offices sitting half empty. Certainly, every day at Kontor we get questioned by people looking to set up their own co-working operation, keen to get in on the action.

Another supposed herald of its demise is the rise of property costs. If rents go up, what impact does this have on an operator with a fixed membership or per desk cost? Next year brings the rates review, which could have a significant impact particularly in London. What will this mean for operating margins? If the knock-on effect is rising costs for the co-workers themselves, will they stick around? If we are on the cusp of a downturn post-Brexit vote, start-ups could opt for even more affordable flexibility by hot desking rather than taking a fixed space. In turn, weaker demand could lead to slashing desk rates, which in turn could lead to a race to the bottom.

These are all real challenges that all current or would-be operators need to recognise. But there are still far more indicators that the sharing economy and the on-demand way of living that the emerging generations have become accustomed to will prevail. The co-working sector remains the best solution for office space for both start-ups or established businesses looking for flexibility.

The months since the Brexit vote have been the busiest for Kontor’s flexible office solutions team for this reason. With such uncertainty in all markets, rather than commit to another three, five or even 10-year lease with accompanying deposit and fit-out costs, those nearing the end of a lease will play into the hands of the co-working operator.

The sharing economy is gaining traction in many sectors, from residential to transport to holiday rentals. The younger generations actively want to share space, to work in a buzzing environment that can only be offered by a co-working operator. There are also far more freelancers; estimates suggest 50% of the workforce could be freelance by 2030, which could spawn a whole new layer of communal living and working spaces such as those offered by Roam, Surf Office or YonderWork. This is not a phase; it’s a fundamental shift in how we live, as the lines between work and social time blur.

A final sign that the co-working sector is flourishing is the attitude of landlords. We are seeing more open-minded landlords favour co-working operators as tenants over traditional leases, taking profit shares and management agreements - or even setting up their own co-working operation. For many landlords, the market has only just arrived.

The co-working operators most in danger are those in the mid-market, the ‘squeezed middle’. If rents and rates do rise, operators with a few operations will find they lack scale and enough individuality to compete. To survive, they will need to differentiate themselves, for example by offering international links, or pitch to a single, niche market segment. They will constantly have to reinvent their offering to appeal to an increasingly footloose clientele.

So, yes, it’s getting more competitive, but there is still plenty of scope to tap into the cementing mindset of the new office worker. Exploding though it might be, the co-working bubble is not set to burst just yet.

James Townsend is co-founder of Kontor