The gift of life 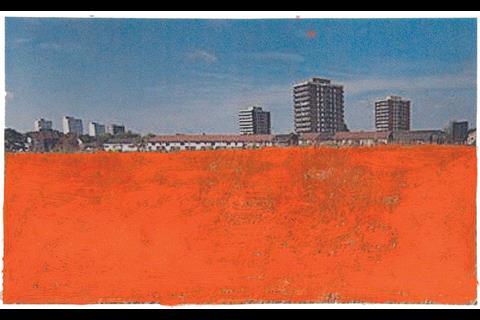 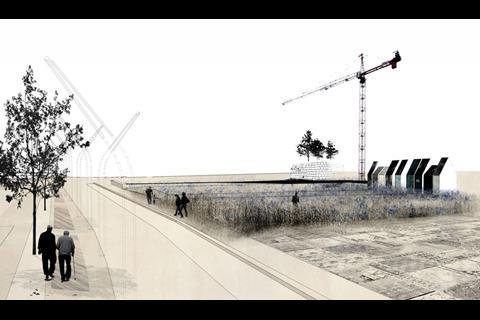 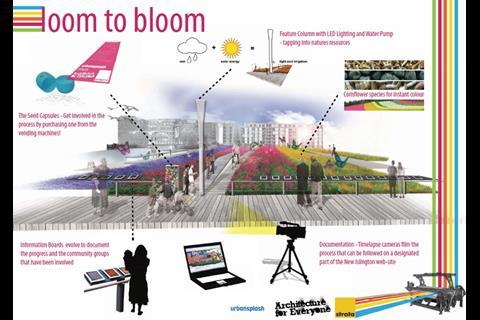 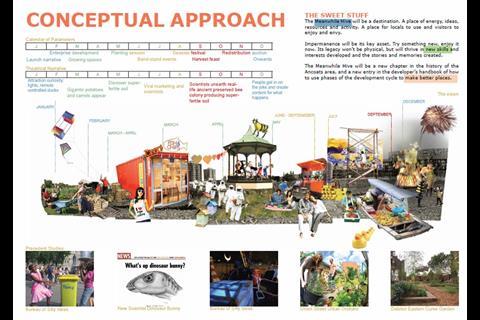 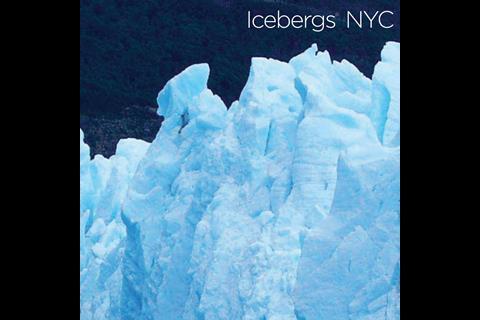 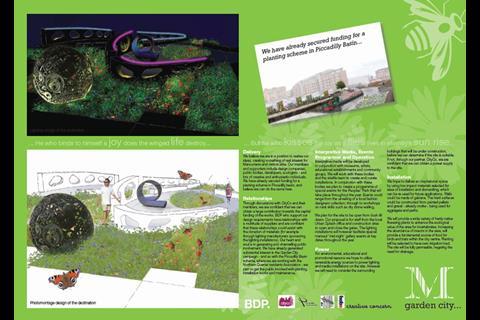 The judges in our Site Life competition went for a simple, sensitive and arty approach to finding a temporary use for Urban Splash’s New Islington site.

Three schemes have been shortlisted in Urban Splash and Property Week’s Site Life competition to find a temporary use for the urban regeneration pioneer’s site in New Islington, east Manchester.

East End-based painter Jock McFadyen and Spitalfields architect Chris Dyson’s idea is for a lighting scheme to create a “vivid field of red” – Manchester’s favourite colour – and Cardiff designers Chris Wilkins and Rachel Witham propose a new field of flax on the 0.7 ha site, a reference to Manchester’s textile roots.

“Loom to Bloom” by RMJM/Strata would allow visitors to select seeds to plant in colour-co-ordinated rows, and produce a striped field when in full bloom. For a smalldonation, visitors would be able to view progress of their flowers online.

“We got such a great range of entries,” says Tom Bloxham, chairman of Urban Splash and one of the competition judges. “There were some very strong ideas. But we really liked the power and simplicity of the field of colour, the flax and the rows of coloured planting, all of which would engage people.

“I’d urge site owners everywhere to consider exciting temporary uses for their sites as a way of putting something back into the community.”

“Field” by McFadyen and Dyson takes its inspiration from Edinburgh’s use of powerful up-and cross-lighters to transform national monuments such as the castle with vividartificial colours during the city’s famous annual festival.

“We propose no structure but to make the subject the field itself. Foliage can become a vivid sea of red, programmed to change through the spectrum over time,” says Dyson.

“We like the idea because it draws attention to the site and makes a ’celebrity’ of a non-monumental empty space, reflecting its status as a ’space in waiting’. And it is witty. We think it will look fantastic and become a temporary landmark.”

Wilkins and Witham’s flax project – “Sow-Sew” – would reintroduce what was once a locally grown product. Fields of flax helped to shape Manchester as it became Britain’s fastest-growing industrial city.

It hooks into a growing interest in urban agriculture and local sourcing of materials. They also propose a series of “off the shelf” sheds for local weavers and craftspeople to work in flax at a peppercorn rent, as well as a “tea-shed” on the canalside and a hide for bird watchers.

Collaborations with academic institutions could encourage new urban growing techniques and picnic areas could be provided for locals and visitors, including school trips. The project should also encourage biodiversity.

Three other entries caught the judges’ eye and have won commendations. These were architect Woods Bagot’s proposal for an “iceberg” – a temporary “experience” space made from demountable lightweight materials, originally conceived as a “global solution” to the problem of stalled construction sites, for a site in Manhattan – but equally applicable in Manchester or elsewhere.

The Manchester Garden City Campaign, a consortium of locals that include BDP’s Steve Merridew, propose the “People’s Garden” – a collection of organic built forms that provide a range of natural habitats and exhibition spaces, as the next stage in a city-wide movement to improve Manchester’s green spaces.

Community interest company Meanwhile Space suggests a “Meanwhile Hive” of activities, including beehives, an artist in residence, growing spaces, a bandstand, a “Herbie Van” to deliver produce around the city, and “enterprise pods”.

The winner of the Site Life competition will be announced by the end of October.