The high-end new-build market is experiencing some lows. Time to mention the ‘C’ word?

Crash. It’s an emotive word. And one that’s guaranteed to push you off a few Christmas card lists. 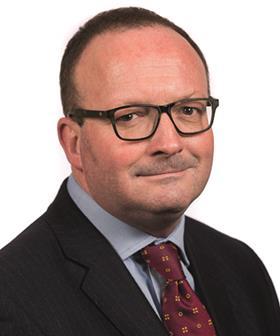 So I’ll try to use more palatable terms for a growing crisis in the supposedly ‘high-end’ new-build market in London.

What about ‘a little local difficulty’? Yes, there are a few ‘local difficulties’. Take, for instance, Nine Elms. Those with an intimate knowledge of the dense cluster of developments around Battersea Power Station have recounted tales of evaporating off-plan ‘buyers’; horrendously late construction programmes; costs way over budget; eye-watering claims and counter claims (well into eight figures on one job, I understand); bust-ups between contractors and clients, and between contractors and contractors (presumably involving interpreters); and that’s just the jobs on which developers have managed to get started.

For at least one site where an overseas developer has bought the land, no contractor will bid, I’m told. If so, little wonder, given the eccentric external and internal design concepts, as well as the increasingly unviable assumptions of the developer, which has no experience of the London market.

Construction may not have started on some of this barren patch, but it looks as if some of the original off-plan buyers are trying to bail out - sorry, ‘de-risk’. One easy way to monitor the chances of developers ever seeing their money is to have a look at the Rightmove website, key in the precise postcode for a development, specify ‘new build’ and ‘apartments’ and count how many are for sale. Or rather, resale, since most developers have been keen to point out (particularly to their lenders) how forward-sold they were.

Key in the broader ‘Nine Elms’ option into the same box and the site records “1,000+ new homes for sale found”. Rightmove stops counting after 1,000. So it is anyone’s guess how many more than that it is, but totting up the 15 or so developments on the nineelmslondon.com website, there appear to be more than 6,000 units under construction.

Drilling down into Rightmove, hit edit, choose ‘find word on page’ and insert ‘reduced’ to find out how many would-be flippers have cut their prices.

Many of the arguably hapless Asian buyers who put down 10%-20% deposits in around 2012 may be in no position to pay off the 80%+ they will owe on completion, since many are licking their wounds on the back of tanking regional stock markets and currencies.

When these high-rise behemoths are finally completed, developers will have to contend with higher build costs and delays, leading to more punitive rolled-up interest. Then, on the revenue side, there will be the potential double whammy of early-phase buyers not turning up and, by trying ever more desperately to flip, undermining their pricing power on later phases.

This might lead to a return to ‘more sustainable price levels’ - an old housebuilders’ euphemism for tanking prices. A colleague tells me his friend’s son picked up a new-build apartment in Fulham for 25% off list. This is why, I’m told, some high-profile banks are becoming more than a little jittery and have started asking their advisers to run more demanding ‘stress tests’ on current and proposed developments. A case of, “If we cut the gross development value by x%, and lifted our build costs by y% and then added another 6-12 months to the build programme… just how seriously would we be in the ****, Tristan?”

These local difficulties are unlikely to remain within SW8. Out in more distant outposts, such as Aldgate, Docklands and Stratford, Rightmove searches and coffees with construction professionals paint a similar picture. These sites are much more affordable, insisted one developer, than markets in the mere £600-£800/sq ft range. But they are still being sold mainly to (and are in reality designed for) Asian off-plan buyers, albeit with less deep pockets than those buying £1,000-£1,500/sq ft units a few miles upstream.

The potential ripple effects to the wider new-build and secondhand markets in London and beyond are hard to fathom. But for any new London residential aimed at foreign punters, to use street parlance, ‘It’s all going Pete Tong’. Fewer than half of the mythical 260 towers planned for London will likely ever see the light of day. “There will be blood in the streets by the end of the year,” an extremely well-connected old-timer told me this month.

Should we infer that this marks the beginning of a crash? Well, for this very large subsector it sounds pretty much as if it’s already under way. But I said I wouldn’t mention the ‘C’ word. Oops - I just did.