The home is where the e-sports gaming world trains, plays and competes 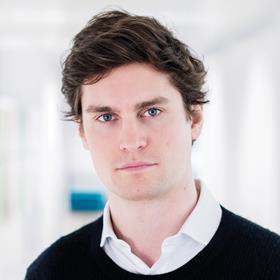 The impact of this budding tech sector has not gone unnoticed – with the likes of Barcelona FC investing, tech giants Microsoft and Amazon battling over professional gamers and Amazon acquiring video-game streaming site Twitch in 2014.

Most recently, e-sports grabbed the headlines when 16-year-old Kyle ‘Bugha’ Giersdorf was awarded $3m for winning the Fortnite Battle Royale World Cup final in the summer. That’s more than Novak Djokovic received for winning Wimbledon and more than Tiger Woods earned at the US Masters.

But the beauty of gaming is not just the cash prizes available for the elite players – it is the sense of inclusivity it creates. Fortniters are able to connect to people around the world, playing together, interacting and making friends. The gaming world is not just for the few talented individuals, it is for the masses. As a result, its growth is not only far outstripping that of other forms of participation sport, it is also overtaking more traditional forms of entertainment, with the global number of gamers set to rise to 2.7 billion by 2021.

At WiredScore, we have a semi-pro-gamer in our midst who competed on the world stage at the Fortnite World Cup. He is in good company, as the UK is a hotbed for gaming enthusiasts – the market is the sixth largest in the world. The rise of e-sports is of personal importance, as we love to champion our team, and it has also become an important business consideration for us.

The average keystroke of a pro-gamer is 5,000 to 15,000 clicks per 20-minute game. Using more data per person than any other group, gamers cannot rely on basic connectivity; they demand high performance. This all comes down to latency. 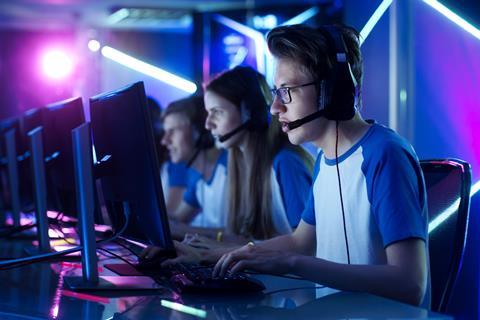 Latency is the time between the gamer’s click and how long the corresponding action takes to appear on the screen. This is something that is determined by the quality of the internet connection – the lower the latency the better. At the Fortnite World Cup, there was negligible latency due to the implementation of a specialised network.

Unlike bandwidth, it is difficult to control latency as it is affected by external factors such as distance from the nearest exchange. WiredScore’s own semi-pro-gamer chose his home because it was near to an internet exchange offering a ‘ping’ of six to seven milliseconds. If this was to reach 30 milliseconds or above, it would seriously hamper your chances of competing against better players. The average person takes 100 to 150 milliseconds to complete a blink.

So why are Fortnite and the e-sports phenomenon relevant to the real estate industry? The home is where the gaming world trains, plays and competes. What gamers demand from connectivity now will be what the rest of us demand in two to three years, especially as technologies such as virtual and augmented reality become more prevalent.

Build-to-rent landlords are responsible for the connectivity services available in their properties. The scale at which they operate means they can invest in the digital experience, providing more services to renters than traditional PRS models. Future-focused landlords are starting to look beyond bandwidth, ensuring renters have access to low-latency, full-fibre connections.

Landlords not providing these services are already isolating gamers and, in the next few years, will be alienating the rest of us as we catch up. With the gaming community growing significantly, underestimating the power of latency wouldn’t be a winning move.

William Newton is president and managing director at WiredScore