The joys of brownfield – now, where have we heard that before?

George Osborne, unique among modern chancellors, has used the Budget to flag up announcements about the planning system, hitherto thought to be the province of the Department for Communities & Local Government. 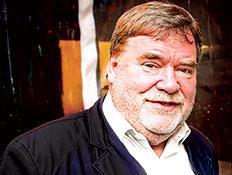 And so it was last week, when we were treated to the apparently novel notion that it would be a good idea to build homes on brownfield land, close to where people live (or at least close to transport that will get them to work in a reasonable time). I couldn’t help thinking that we had entered a time warp and found ourselves listening to John Prescott, brandishing Richard Rogers’ report for the Urban Task Force in the late 1990s, and saying exactly the same thing.

Oh well, good ideas may take time to be implemented, and perhaps this one will be too. The implication is that green-belt development will be resisted in favour of cities finding land within their own boundaries. It has long been a big fat fib that there is insufficient land within major cities to meet demand, and in that sense the chancellor has called the bluff of the volume housebuilders.

On the other hand, he has given credence to one of their favourite smears: that it is the planning system that’s responsible for the shortage of housing. This is on a par with the equally dishonest smear aimed at housebuilders: that they systematically sit on land to enrich themselves by creating an artificial shortage of homes.

Let’s be grown-up about this. We have the same planning system under which sufficient homes were delivered for decades; housebuilders buy land to make money by building homes for sale. That is their business, and there is no earthly reason why they should be blamed for the shortage of so-called affordable housing.

They are not running a social programme, except in the sense that they are punished by being required to help fill an enormous supply gap of affordable housing, which is the direct consequence of the failure of the political class to address the issue responsibly for 30 years.

Osborne is right, however, to put his finger on the general issue of land availability, following on from his announcement in the last Budget of the London Land Commission, charged with drawing up a list of all unused sites in public ownership in London, but presumably potentially everywhere. A Domesday Book of public land holdings will most certainly prove a valid argument from the volume housebuilders: it is public authorities, not private companies, that are ‘hoarding’ land.

But what is to be done with all this land, and how will it benefit those the chancellor says he wants to help in a revival of ‘one nation’ politics? A tricky question, especially in view of what can now be regarded as the official death of localism, since the man in Whitehall will now know where brownfield land is, and what should be done with it by government fiat.

It may be unfair to suggest that Osborne’s connection to ordinary folk and the housing market is akin to his family company’s, that is to say it concerns high-priced wallpaper being sold to Belgravia types, these days mostly overseas investors. It does not sound so unfair when you consider his view that a family in London with a household income of £40,000 living in ‘affordable’ accommodation is in some sense leeching off the taxpayer, and should be paying a ‘market rent’ - itself inflated by shortages resulting from political failure.

He wants everyone to have a chance to get on the housing ladder, so perhaps he would like to explain who is going to build homes for that £40k family, who might be able to borrow three times their earnings, assuming they could stump up a 20% deposit.

The only way we can create sufficient housing for all our people is to build more council homes (for sale as well as for rent), on land that is being supplied either for free or at low-current-use values. Anyone who says this can’t be done should visit Singapore, where housing, land and design is taken seriously, rather than dealt with in panic mode.