The key to Premier Inn’s success is flexibility

The hotel chain is considering a range of options to enable it to reach its 85,000-room target by 2020. 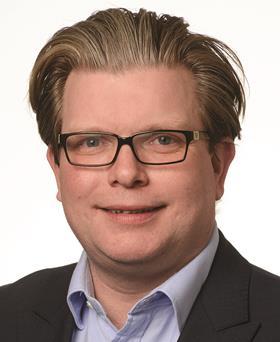 It is no secret that the London property market can get very hot - and this has been particularly true in some of the more central locations that Whitbread has been targeting for new hotels under its Premier Inn and hub by Premier Inn brands.

But following the EU referendum, we have witnessed a growing uncertainty about the short-term future of the country and the property market, and there is now a sense that the residential market and even the office market have cooled.

This has opened up an opportunity for the hotel sector, and Premier Inn has taken advantage of this to grow its presence in London.

Operational performance across the hotel sector was a little soft in the aftermath of the terrorist attacks in Paris, and there is no doubt that it took time for consumer confidence to recover. However, the reduction in the value of sterling and the resulting increase in tourism to the UK post-EU referendum mean that the performance of London is now picking up. 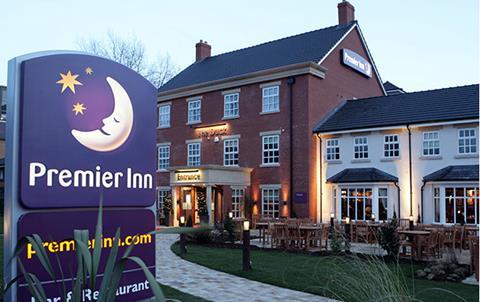 On top of that, the decline in activity in other markets has allowed Premier Inn to be on people’s minds more than it would have been if the market had continued to run away with itself - whether that is investors looking to sell sites or developers wanting to bring in a new use class to their scheme.

Consequently, Whitbread has been able to spend the past 12 months pushing forward its expansion plan in the capital.

We continue to execute our long-term plan to get to 20,000 rooms in London, and by the end of this financial year we will end up in a position where we will have approximately 13,000 rooms open and trading in the capital

Our total stands at 77 hotels, and 11,423 rooms, in Greater London. In our last financial year to the end of February 2017, we opened around 740 rooms in London - but this year we will increase that to around 2,000, which is a substantially larger opening programme for us and reflects a number of years of work.

We are continuing to execute our long-term plan to get to 20,000 rooms in London, and by the end of this financial year we will end up in a position where we will have approximately 13,000 rooms open and trading in the capital. We remain confident that London will always be a global city of some importance, and we continue to invest in it.

Highlights have included opening the second-largest Premier Inn in the portfolio, which is linked to Terminal 4 at Heathrow. At 613 bedrooms, this is a very significant opening for us. We also have a hotel opening at Berkeley Homes’ Royal Arsenal development in Woolwich later this summer.

We have a strong history of working within mixed-use schemes, which are sometimes quite substantial in terms of regeneration. Local authorities and developer partners find us very useful - not only because we bring an alternative use into the scheme, but because the fundability of Whitbread and Premier Inn help make the numbers stack up to make the development happen.

We will also open the largest hotel under our new hub by Premier Inn brand this year, in the shape of a 389-bedroom property at King’s Cross.

The hub brand - which offers smaller rooms in central locations with a focus on technology and connectivity - has gone from strength to strength since its launch in 2015. In Westminster we have a site on Dacre Street close to St James’s Park, which has been open for a while now and is trading its socks off; and a second Westminster hub will open later in the year on Tothill Street comprising 339 rooms. We will also open a further hub hotel at Goodge Street that will deliver 168 rooms.

Overall, the hub portfolio in London will go from four to seven this year, and the estate will more than double in size to almost 1,200 rooms. 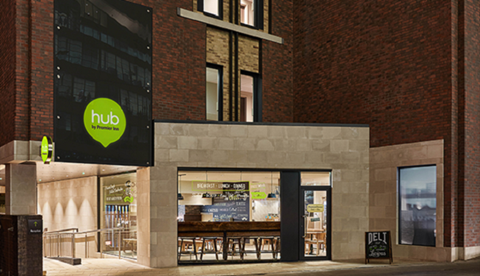 From a property perspective, hub has allowed us to work our properties more intensely. Because the rooms are smaller, it has allowed us to get into some more high-value areas and more tricky types of properties. The brand is based on the premise that a lot of the time there is not a massive dwell time in hotel rooms, because people are out doing business or leisure activities - but what they do require is a really good night’s sleep, fantastic technology and something perhaps a bit edgier than the traditional mainstream hotel.

We feel that many people are willing to compromise on the size of their room as long as what is in that room is top quality and the location and facilities are right. We are looking to add more rooms into that portfolio and we are really excited about these new openings we have got because they are all prime locations.

Allowing guests to control access to their rooms and the temperature via an app is one of the unique selling points of the brand. The vast majority of people use their smartphones for virtually everything these days, and to suggest that that is just for young people is a bit old fashioned. I’m in my 50s and I am on my iPad or smartphone all the time doing everything, booking things, downloading things; it’s just what you do. 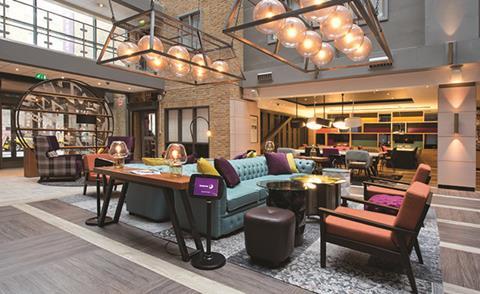 The main Premier Inn brand is also trading well. It has set a benchmark for what people perceive a budget hotel to be, and that is a million miles away from where they thought it was 20 years ago.

We have recently completed a major refurbishment of our King’s Cross Premier Inn, which is one of the absolute jewels in the portfolio.

It has a Bar + Block steakhouse: our new food offering that is more contemporary and that we plan to roll out across more of our city centre locations. It also has a fantastic reception area and all the rooms are up to the latest standard. It is a hotel that would not belong in the budget category in most people’s minds.

Our aspiration is to continue to beat peoples’ expectations. We are still aiming to get to 85,000 rooms across the whole country as a minimum by 2020, from a current total of around 67,000. The

key to Premier Inn’s success is flexibility. We are not tied to any particular way of bringing forward schemes: we have taken development leases, but we have also put our money where our mouth is and invested hard cash in acquiring sites and developing them out ourselves, which we will still do where the site is right.

We are really open-minded about it, whether an opportunity is for a new-build, part of a big scheme, on its own or an office conversion - these things are all on the table and are all things we can consider.

There is still a lot of mileage in the budget sector - but it needs to continue to evolve. Consumers’ expectations continue to be demanding, and rightly so. To remain out at the front you can’t rest on your laurels: you need to keep thinking about the customer because they are the heart of what we do. We will continue to keep that in mind, and keep innovating.

Derek Griffin is head of acquisitions, London and south and east England at Whitbread